That Roadhog is worth a lot to me 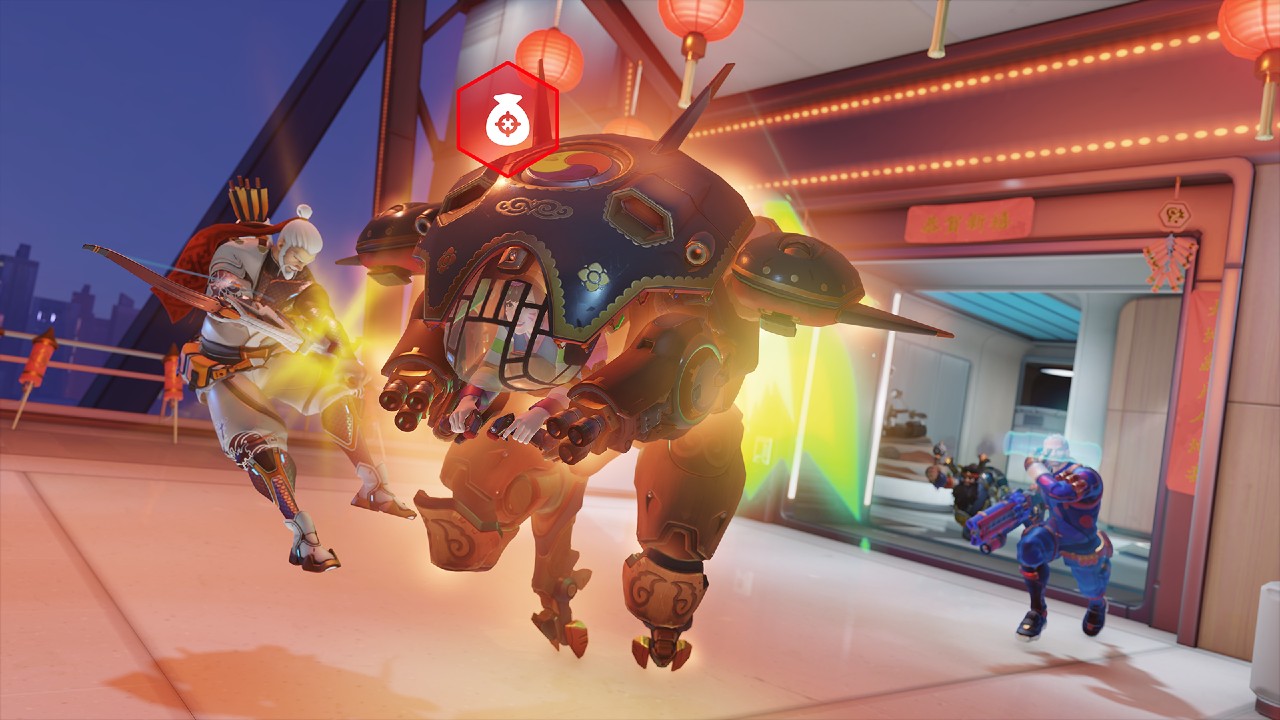 Bounty Hunter is a limited-time mode for Overwatch 2‘s Year of the Rabbit event. While this mode has been a staple of Lunar New Year events in the original game, this is the first time Bounty Hunter has become playable in its sequel. As new Heroes have been introduced and existing characters have been reworked, it’s only natural that the meta for this free-for-all mode has completely shifted.

Those looking to earn cosmetic rewards in the Year of the Rabbit event, such as Kkachi Echo, will need to complete several event challenges, which include winning ten games of Bounty Hunter, among other lengthy tasks. Choosing the Heroes detailed below will ensure your ten wins are as quick and easy as possible, even if that gets you hated by the other five players.

Best Overwatch Heroes to use in Bounty Hunter

When choosing a Hero to play as in Bounty Hunter, the most important factors are their ability to kill bounty targets and their survivability when they become targeted. It’s important to remember that you score the most points when killing a bounty target or killing other players when you are the bounty. Don’t run around aimlessly killing enemies. They’re useful; you can steal their kills.

Suppose you’ve indulged in a few games already. In that case, you’ll already know that Roadhog is one of the best Heroes to use in Bounty Hunter, regularly topping the scoreboard in virtually every match. With Overwatch 2 transitioning its regular modes from 6v6 to 5v5, tanks have become even more powerful and damn near impossible to kill. Roadhog is no exception to this and probably the worst offender, which is precisely what we need.

Roadhog has a hefty 700 Health, the ability to regularly self-heal, and a weapon that can swiftly kill most characters. Not to mention his Chain Hook, which you can use to pull the bounty target directly into their grim fate. As the bounty target, you’ll be able to quickly dispose of those looking to score points, climbing the leaderboard in the process. Savor the raw power of Roadhog while you still can. You know you want to.

D.va is also a fantastic Hero to choose when playing Bounty Hunter. She excels in the close-range combat prominent in Overwatch 2’s free-for-all modes, can mitigate the barrage of Ultimates coming her way, and can speedily reach the few Health Packs scattered around each map, as well as the bounty target themselves.

Bounty targets instantly gain their Ultimate ability, meaning you can regularly use D.va’s Ultimate to re-mech and regain all of your Health. D.va’s Eject! passive also increases your chance of survival, as you won’t instantly lose your status when your Health is depleted.

Orisa is one of the best Heroes to choose in Bounty Hunter and the perfect answer to the inevitable hoard of Roadhog players you’ll encounter. Her Fortify ability makes you immune to all crowd-control effects, including Roadhog’s hook. It also reduces damage taken and grants temporary Health, allowing you to survive against Hog and other heavy hitters.

Her Energy Javelin and Javelin Spin are also great at mitigating Ultimates, either mitigating their damage or stopping them entirely. Not to mention knocking enemies off the map is very satisfying. Orisa is all about survivability, which is essential in this game mode.

While Soldier: 76 has little Health compared to the Tank Heroes dominating the meta, he makes up for it with his ability to swiftly engage bounty targets and steal kills from other players. In free-for-all modes, only the killing blow is needed to register a kill, meaning you can allow other players to do your dirty work and swoop in to swipe their kill. The cherry on top is the instant Ultimate that’ll wipe out the player that aided you. Soldier also performs well in 1v1s with other Damage characters and can heal using Biotic Field in a pinch.

Reaper is one of the best Damage Heroes in Bounty Hunter. His passive abilities allow you to heal while damaging and grant increased reload speed to dispatch multiple opponents. His Ultimate will almost instantly kill any opponent targeting him once he becomes the bounty and is especially useful in the cramped areas often found in FFA maps. Wraith Form can also allow you to bait abilities like Roadhog’s hook or D.va’s missiles or steal kills from unsuspecting players.