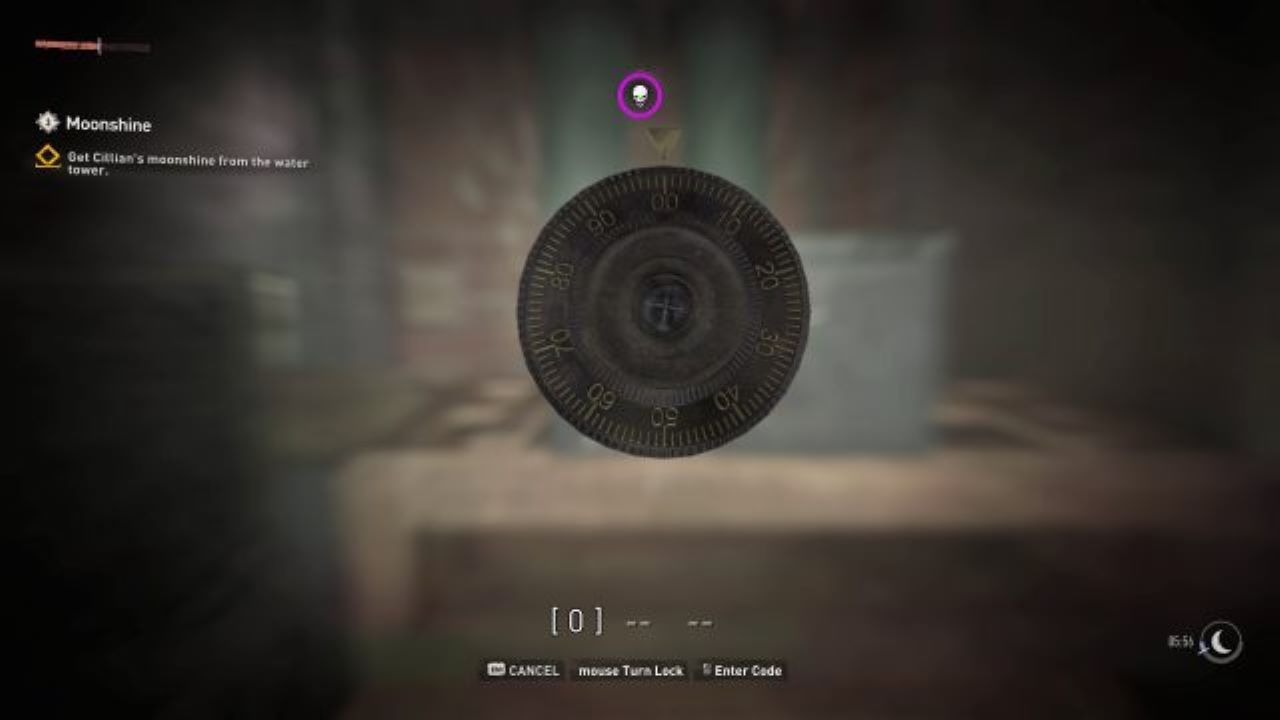 Dying Light 2 has a lot of exciting new features, and one of them is safe codes. Safes can be found all over the world, but some quests will have you dealing with them directly. For the case of the Moonshine quest, you will have to have helped Jack and Joe in the first Water Tower. They will be the ones giving you this side quest, and they can’t do that if they are dead. Here is the safe code for the Moonshine side quest in Dying Light 2.

As stated previously, you will get the Moonshine side quest from Jack and Joe. You will find them in The Wharf captured by Peacekeepers. They will ask you to help them out by finding a bottle of booze for them. They remember that it is in the Water Tower in Horseshoe but all they remember is that the code has something to do with the discovery of America.

After traveling to the Water Tower in Horseshoe, either by fast travel or by foot, you’ll eventually come across the safe. If you follow the marker on your map, you should have no problems.

Once you are at the safe, you’ll need to know your American history. If you don’t, don’t worry, that is why you have us. The year that America was discovered was 1492. With that information, all you need to do is input 14-9-2 and the safe will open. Snag the booze inside and return to Jack and Joe to complete the quest. By completing the quest, you’ll earn yourself some parkour XP, alcohol, and Old World Whiskey, which you can turn in for Old World Money.

There are other side quests that will require you to remember or know a safe code. For quests like The First Biomarker or Undying Affection, you might need the help of our guides. We cover safe codes as well as everything else under the Dying Light 2 sun. No matter your question or inquiry, we have a guide for it.

For that reason, you’d be doing yourself a big favor by checking out our Dying Light 2 guides. If you are stuck or are just looking for some helpful tips, we’ve got you covered.

Dying Light 2 is out now for PlayStation 4 and 5, Xbox One and Series S/X, and PC. A Nintendo Switch version of the game will be released later this year.