Attain even greater riches with this! Elden Ring has plenty of enemies yielding runes upon defeating them, but sometimes farming them can become tedious.  It will be beneficial to have methods other than a constant flow of Gold-Pickled Owl Foot items to enhance rune discovery, and the Golden Scarab is one extremely helpful tool.  It is a talisman that increases runes dropped by enemies by 20%, which can be hugely beneficial if you’re wanting to level up fast. Here’s where you can find the Golden Scarab in Elden Ring

The Gold Scarab is awarded to you if you defeat the two Cleanrot Knights who serve as the boss fight in the Abandoned Cave in Caelid.  To reach the cave, you’ll need to go east from the Smoldering Wall Site of Grace, just nearby the telescope along the road. At the edge of the gorge, you’ll see roots going across to an opening. Carefully cross those roots and you’ll enter the Abandoned Cave, where there’s another Site of Grace for you to rest at. You can see the cave’s exact location on the map below. 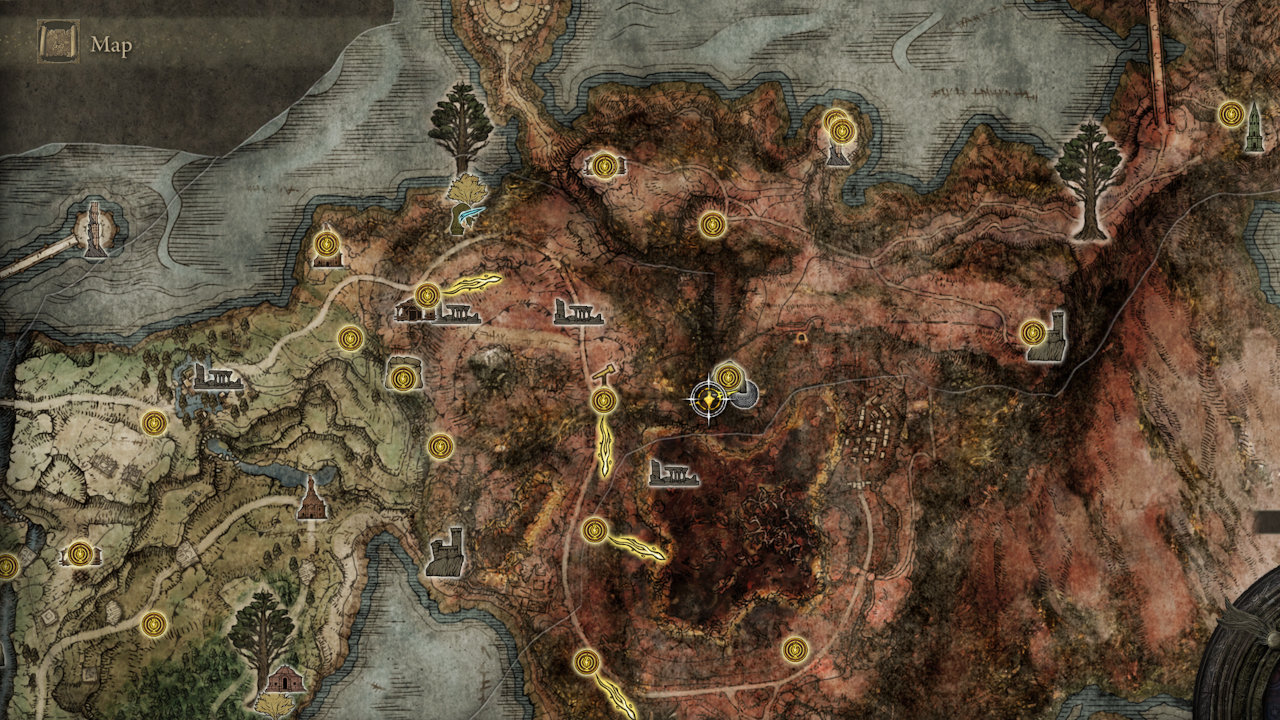 The Abandoned Cave itself is likely to be tougher than the boss fight at the end due to most of the terrain being flooded, weighing you down, and being able to inflict Scarlet Rot.  You’ll want to prepare yourself with lots of healing items and boost your immunity.  The path is dark but linear, so bring a lantern to light the way to the bosses at the end.  Once you defeat the Cleanrot Knights, you will receive the Golden Scarab Talisman.

With this Talisman in your possession, you can now be much more efficient when running Rune farming routes. You can also travel to Fort Faroth and kill the sleeping dragon for a huge Rune payout, as the dragon awards 74,000 Runes upon death without having the Golden Scarab equipped. With the Golden Scarab Talisman activated, you’ll earn a whopping 88,800 Runes from the dragon when you slay it.