How to beat Articuno, Zapdos, and Moltres 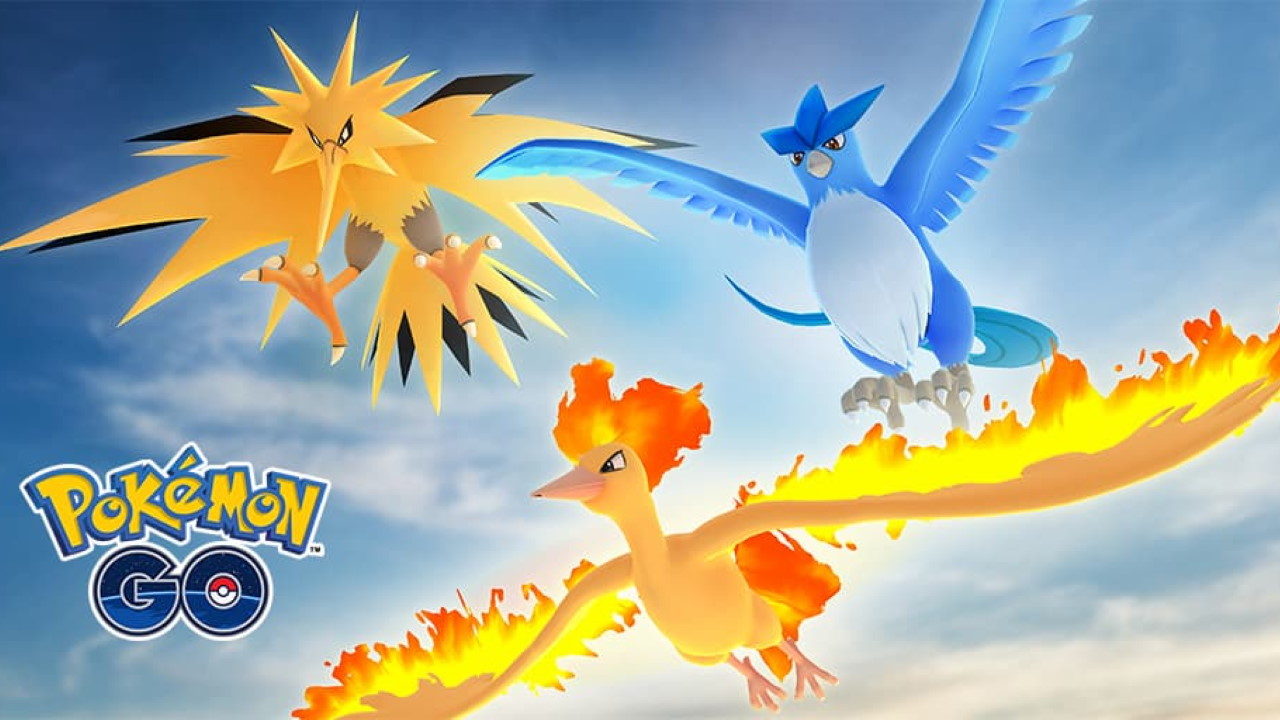 The Legendary birds of Kanto are back but you won’t have much longer to catch them in Pokémon GO. But before they fly off once again there’s a last big event that lets you face off agains them in raids for a few hours. The reward is an Articuno, Zapdos, or Moltres with their exclusive move, along with a few other bonuses and things you’ll want to know about. So here’s our Pokémon GO Kanto Raid Day guide with everything you need to know about the lates event.

Below we break down all the things going on during the Pokémon GO Kanto Raid Day event. The big stars are the Legendary raids against Articuno, Zapdos, and Moltres that will be available throughout the multi-hour event. So before we explain how long you’ll have to fight them and what the rewards are, let’s answer the biggest question most players will have.

How to Beat Articuno, Zapdos, and Moltres

If you want the most out of your Kanto Raid Day experience then you’ll need a solid set of counters, or a big team of players to take them on. To help we’ve already crafted specific guides for how to beat Articuno, Zapdos, and Moltres. Check those out to get the best advice on defeating them and which counters to use.

When is Kanto Raid Day, How Long is it

Finishing up the nostalgic events of the week, Kanto Raid Day takes place on Sunday, February 28th in Pokémon GO. Things kick off at 11am in your local time zone and will continue until 2pm, giving you 2 hours to tackle as many Articuno, Zapdos, and/or Moltres raids as you can during the window. And you’ll want to do a bunch because the bonuses are great, including extra raid passes to help you access the fights.

Will Articuno, Zapdos, and Moltres have Exclusive Moves on Kanto Raid Day

It seems like all three of the Legendary birds will have their exclusive moves if caught during the Kanto Raid Day event, however we are waiting for confirmation on this.

How to Get Shiny Articuno, Zapdos, and Moltres (Shiny Odds)

Shiny Articuno, Zapdos, and Moltres will all be available throughout Kanto Raid Day, but only at the same rate they have been all week. The shiny odds for a raid are typically around one in twenty, so to get one you might have to do quite a few raids. There’s no specific way to increase your chances other than just battling them as much as you can and catching it once it appears.

How to Get More Raid Passes

Trainers can receive a total of five free raid passes during the Kanto Raid Day event. To get these you simply need to use your current free raid pass then spin a gym or Poké Stop to get another. If you start the day with your free pass then you can use it and then get five more, for a total of six.

A new Team GO Rocket Special Research quest will begin on February 28th with The Higher They Fly. This will likely also coincide with a change in lineups for the Leaders and Giovanni. See how to beat Arlo, Cliff, and Sierra here, and how to beat Giovanni here.

During this event you will be able to TM away Frustration from your Shadow Pokémon. Be sure to do so if you have any you want to use in PvP battles or PvE raids.