The Best Destiny 2 SMGS for PVE and PVP, Ranked

They still pack quite a punch despite being so small. Nothing Screams close-quarters combat like a shotgun or an SMG and luckily Destiny 2 has both. While shotguns are a great backup tool if you find yourself in the punching range of someone, many players enjoy the versatility and unlimited ammo that comes with an SMG in Destiny 2. You have that high fire rate to quickly dump a whole magazine into someone at close range, but also the ability to tap fire to hit shots at longer ranges. Let’s go over the best PvP and PvE SMGs that are available now in Destiny 2.

The Best PvP SMGs in Destiny 2

Something to remember about most weapons in Destiny 2 is that it is quite rare for an exotic to be the best choice in PvP, especially when it comes to SMGs. Exotic weapons tend to have an effect that works well with a build that either allows you to stack up insane damage or pull off some crazy AOE kill effect that won’t generally be able to be set up in a single life in PvP. That’s why most of the best SMGs for PvP will be legendary, which is great because it leaves your exotic slot open for your power or heavy weapon like the Gjallarhorn. 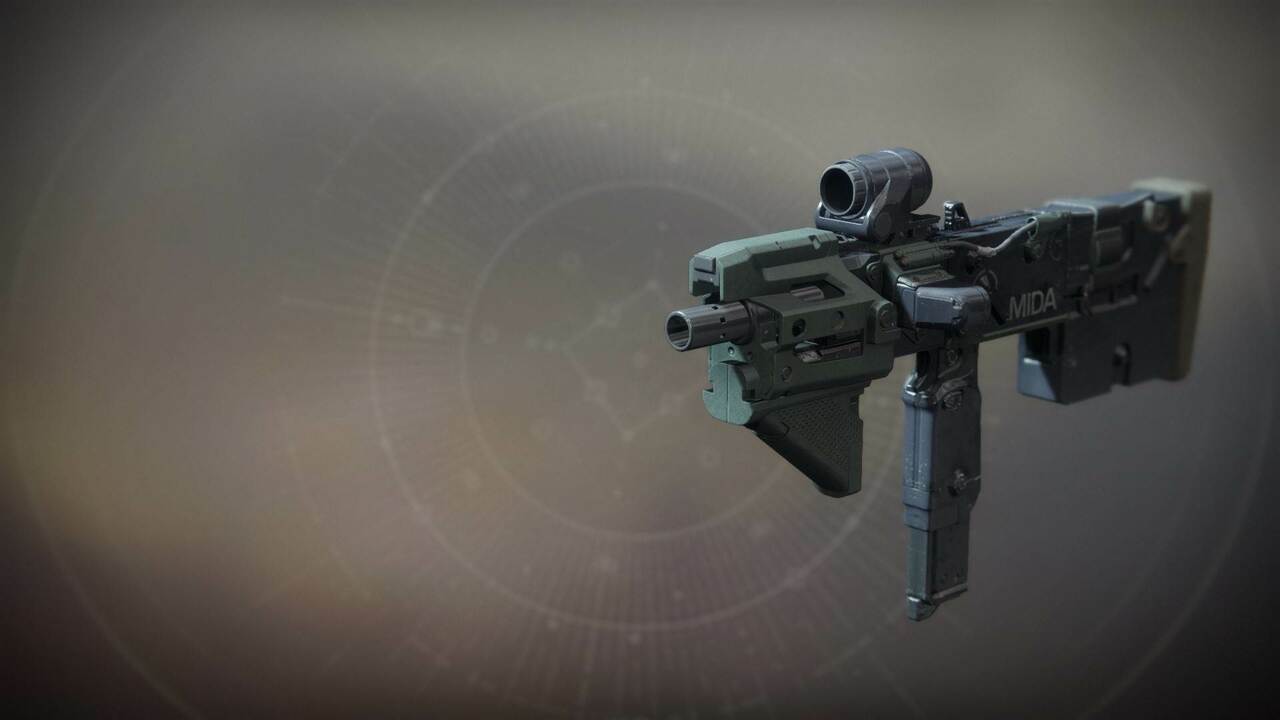 Starting off strong is an SMG that will decimate Guardians and doesn’t take much effort to get. The Mida Mini-Tool is one of the few non-exotic weapons in Destiny 2 that doesn’t come with random perks or stats of any kind which makes it quite similar to the exotic scout rifle. However, this Mini-Tool packs quite a punch and comes with some great PvP perks as well. When you obtain the Mida Mini-Tool, it will have Kill Clip and Hip Fire Grip on it which are two of the better PvP-oriented perks for SMGs to use in Destiny 2.

The best part about this weapon is there is no need to farm it since it is a quest reward with non-random perks. All you need to do to pick yourself up a copy is complete the Enhance world quest in the EDZ. This makes it easy to get for new players since the EDZ is not locked behind any DLC campaign. Veteran players who probably completed this quest a long time ago should either check their vault for it or you can simply re-acquire it from your collection tab since it does not have random rolls. 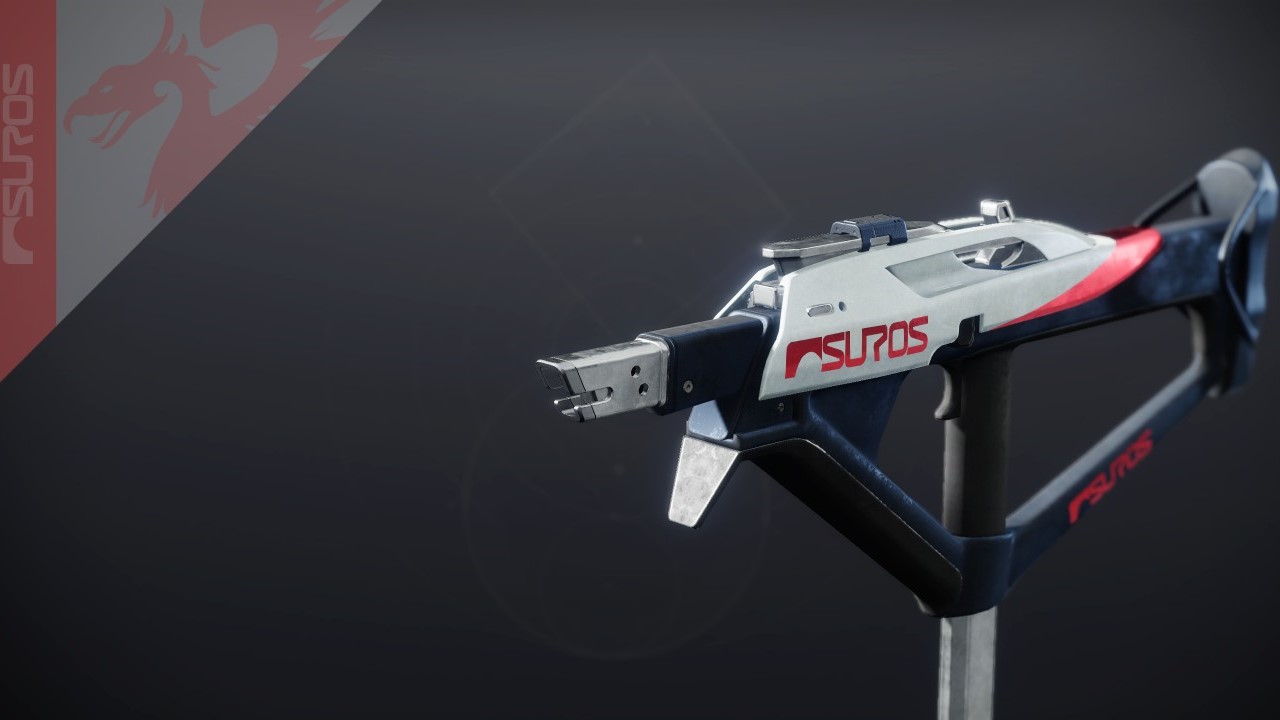 While this SMG can work well as an ad clear in PvE, it really shines in the Crucible. Fans of the adaptive frame SMG type are flocking to get their hands on a god roll of the Pizzicato-22 since it is the only SMG other than the Hero’s Burden with this frame that is still useable. The adaptive frame is what makes this SMG such a monster in PvP since it has the fire rate to handle in close-quarters engagements that you might find yourself in but can also pick off opponents at medium ranges as well.

You will need to farm a bit to get yourself a god roll unless Banshee-44 happens to sell a god roll of it. Normally it can only be obtained through random legendary engrams. But with the help of the umbral engram focusing upgrade in the helm from the Season of Plunder, you can focus umbral engrams to give you only Suros-type weapons. This means you only need to win a one out of five gamble to get a chance at a god roll Pizzicato-22 rather than hope you get it instead of any other weapon currently dropping in the game. 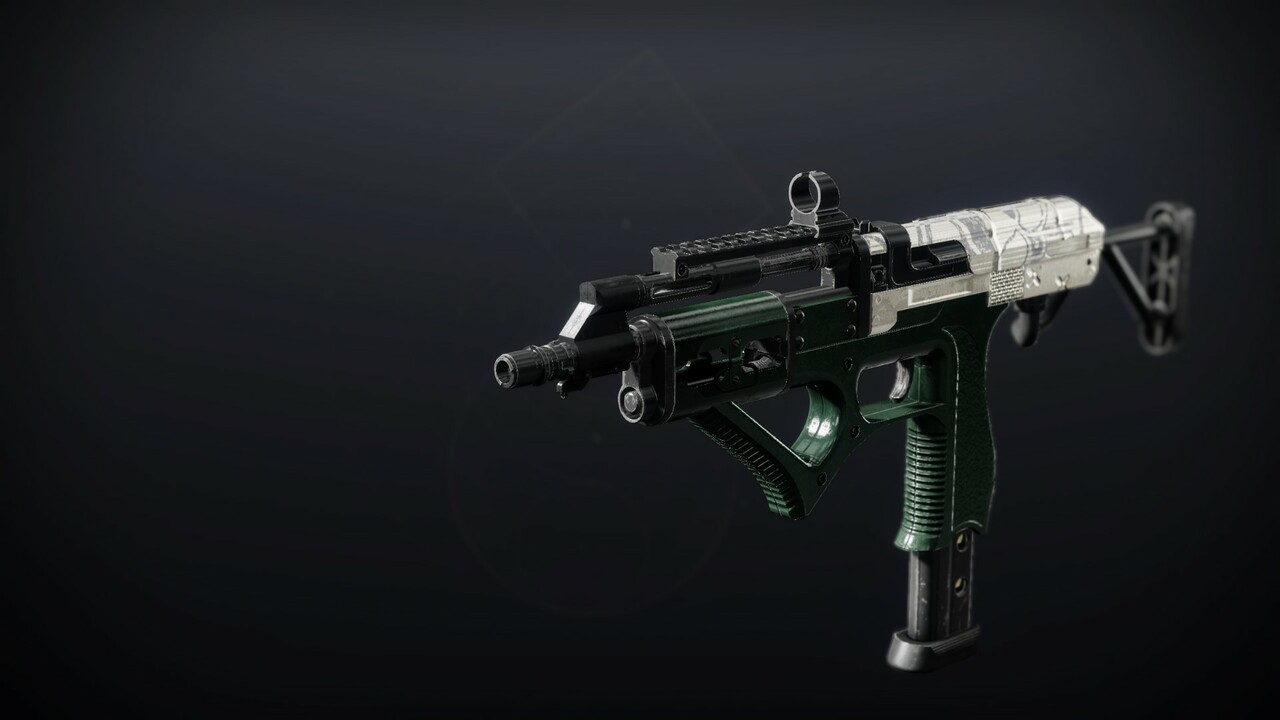 Every time the Iron Banner shows up, we get some great PvP weapons. Look at some of the classic Iron Banner weapons Destiny 2 players still farm to this day. One of these weapons is the Multimach CCX, a very aggressive SMG for all of your close-quarters engagements. You will want to use this SMG the same way you would use a shotgun, right when you are in someone’s face. You can spray people down when they are a bit further away from you but anything past a medium range is going to be a pipe-dream to hit.

The Mulitmach CCX is a great backup to keep on you if you plan to spend most of your Crucible match sniping. If anyone gets too close for your sniper to handle, then they are in the right range for the Multimach. Since it is an Iron Banner weapon, it can roll with some of the Iron Banner exclusive perks which are best suited for PvP. If you don’t already have a Multimach CCX, consider farming for one the next time Iron Banner is around.

An SMG in PvE is mostly a tool for clearing ads. It will be quite rare for someone to consider doing boss damage with SMG if they have ammo for any other weapon. While Exotic SMGs do exist and can provide some strong effects in PvE, they are still effects that make ad clearing easier and don’t provide much more single target damage. 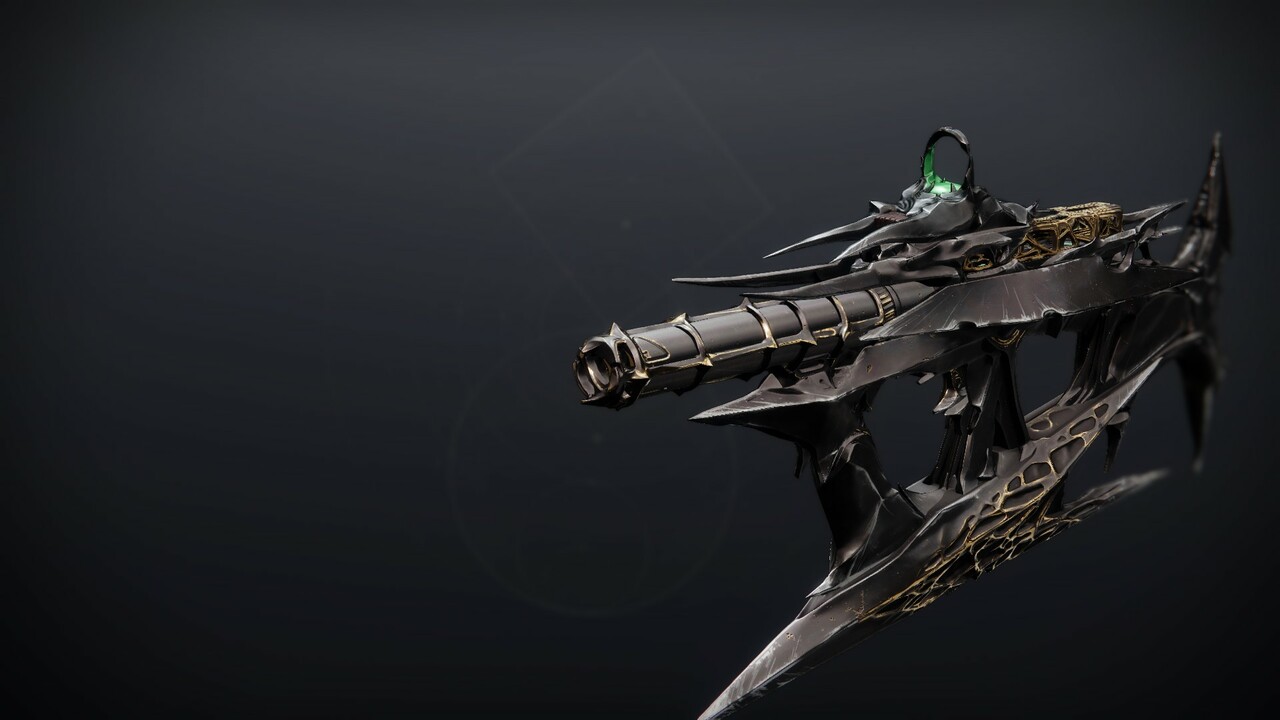 The Witch Queen campaign exotic truly hit the mark with many players. This SMG is so good at its job of ad clearing that you had world first raid runners using it for day one clears. Unlike other exotics in Destiny 2, getting your hands on the Osteo Striga is quite simple. All you need to do is clear the Witch Queen campaign and you will receive the pattern for the SMG to be crafted. Even the catalyst for the Osteo Striga is earned by leveling up your crafted Osteo and then you reshape it to have the catalyst on it.

Having tracking bullets on this SMG makes hipfire a simple option in almost any fight and almost makes it worth using in PvP. However, the slow projectile travel speed keeps it as a PvE monster and nothing more. Still, if you are having trouble cleaning up ads in your raids, consider throwing on the Osteo Striga. If you run a warlock you might want to consider pairing the Osteo Striga with the Necrotic Grip exotic armor since the poison dot applied by the Osteo gains the necrotic damage bonus provided by the armor. 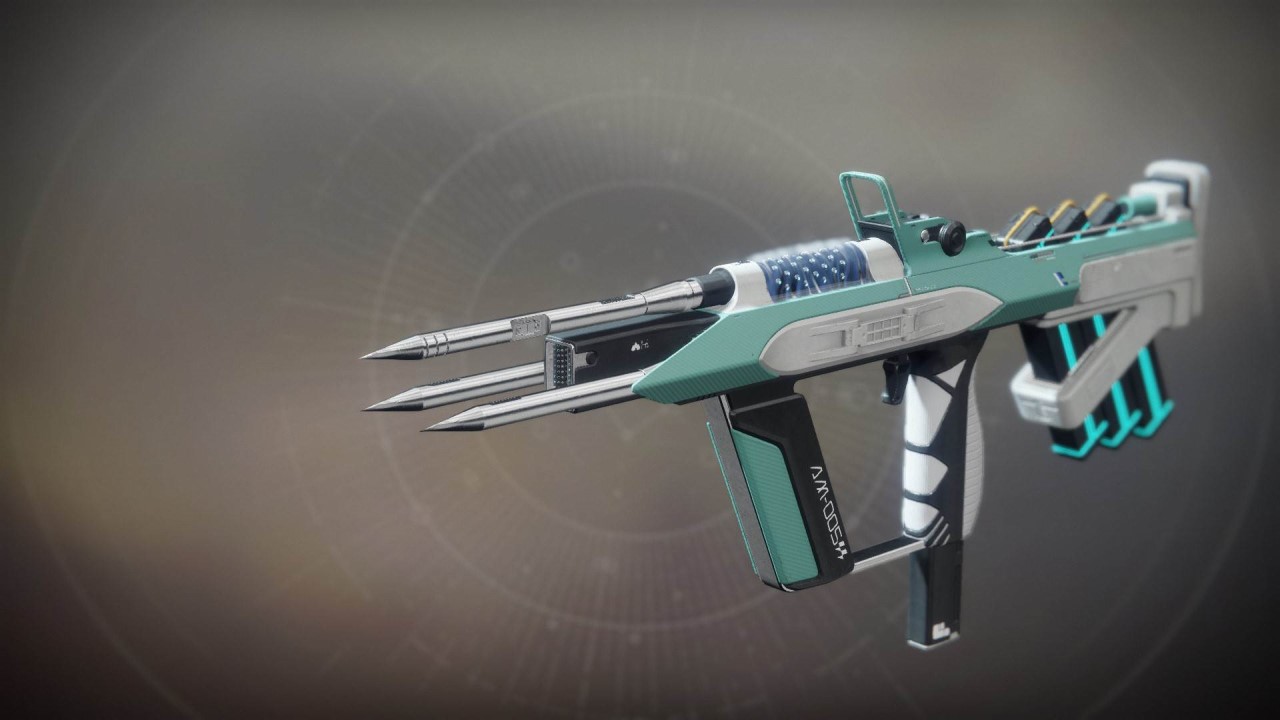 Since the Season of Plunder brought with it Arc 3.0, it makes sense that one of the best SMGs to sue in PvE at the moment is the Riskrunner. Before Arc 3.0, Riskrunner was only seen anytime people needed to deal with the Fallen. Although Season of Plunder is a Fallen-focused season, there are other reasons we are seeing many players picking back up this SMG. The main selling point of Riskrunner has always been the reduced arc damage and the huge bonuses the SMG gets when you take arc damage.

This is why the Riskrunner is associated with the Fallen so much as most Fallen deal arc damage. Making the Riskrunner not only a free armor item to run against them but also a room-clearing machine with the unlimited magazine and arcing shots that you gain when you take arc damage. Since many players are running the new Arc subclass at the moment, it makes sense to pair it with Riskrunner. All you need to do to activate its special effect is run into your some of your own arc damage which will be reduced due to Riskrunner. 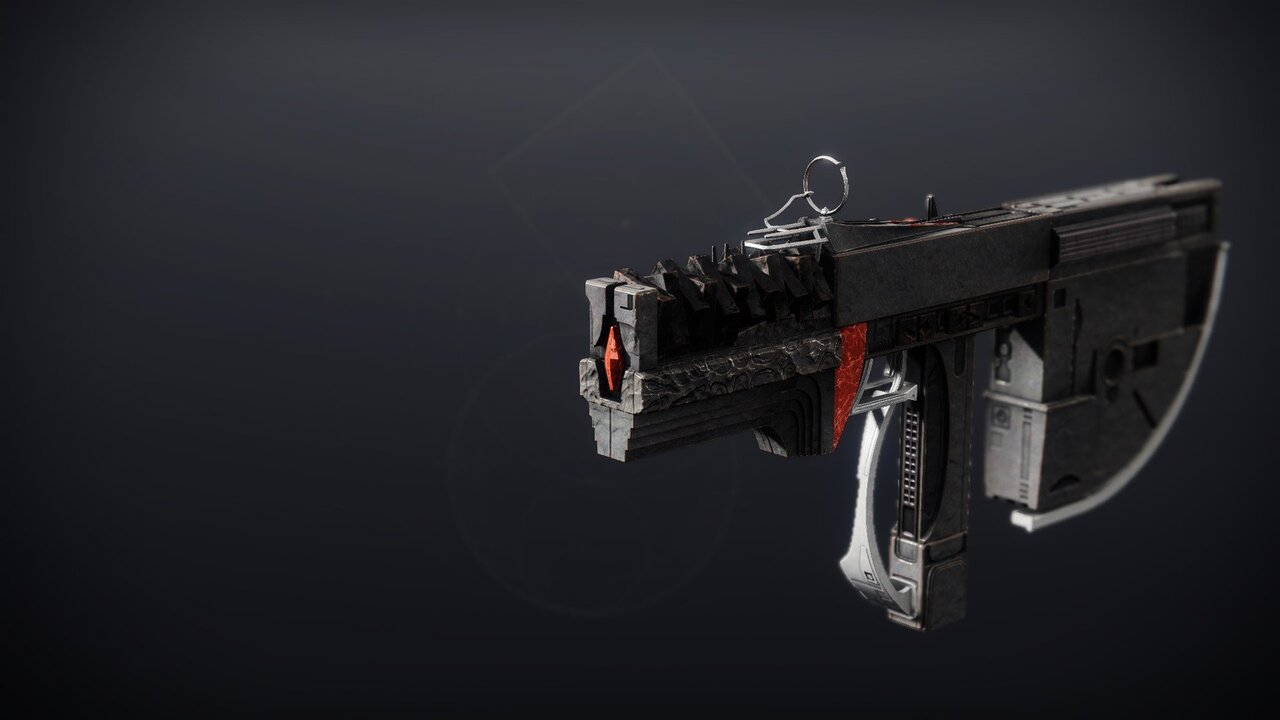 Witch Queen was really on the mark for putting out great SMGs, although this SMG comes from the raid rather than the campaign. The Submission is quite a stable SMG to use for its fire rate. It also comes with Lightweight frame which allows you to move quickly when you have it equipped, making it great for getting into cover if you get overwhelmed. Since it is a raid weapon you will have to complete a few runs of Vow of the Disciple to get one for yourself.

However, it can be crafted so all you need are five red border drops of the Submission before you can make your own god roll with access to enhanced perks. While the enhanced perks do make it a more desirable acquisition over other SMGs it also has a solid origin perk that heals you for each kill you get before reloading. If you combine this with Subsistence or Overflow, you can fully heal yourself on a reload. 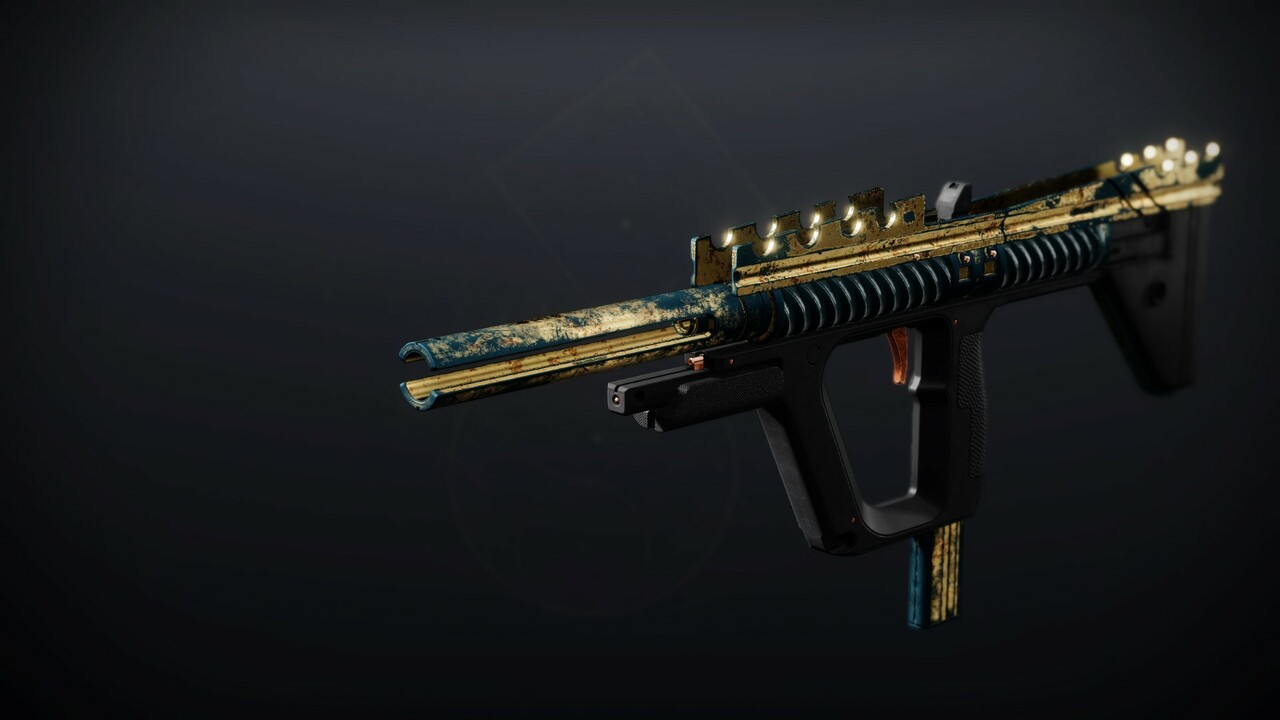 This SMG from the Season of the Chosen made quite a stir on its release and hasn’t been overtaken since. The Extraordinary Rendition came with an interesting selection of perks that keep it in the top spots of PvE SMGs for good reason. Getting either Frenzy or Rampage on this SMG with Overflow or Subsistence turns it into a weapon that can clear a room quickly and be used to deal decent damage to a boss if you run out of ammo.

The stability and accuracy combined with the fire rate make it a solid option at most ranges in PvE. It allows you to stay right where you want in a fight and still be useful. While we may not see much use out of any SMG in PvE currently, you can be sure the Extraordinary Rendition will come out of people’s vaults the second SMGs get a seasonal campion mod. Consider picking one up for yourself before the Battlegrounds activity is removed from the game. If you prefer more ranged combat, you might want to consider getting a scout rifle to run on backup with your SMG.

Attack of the Fanboy / GAME GUIDES / The Best Destiny 2 SMGS for PVE and PVP, Ranked