A Brief Summary of the Upcoming Sumeru Characters. 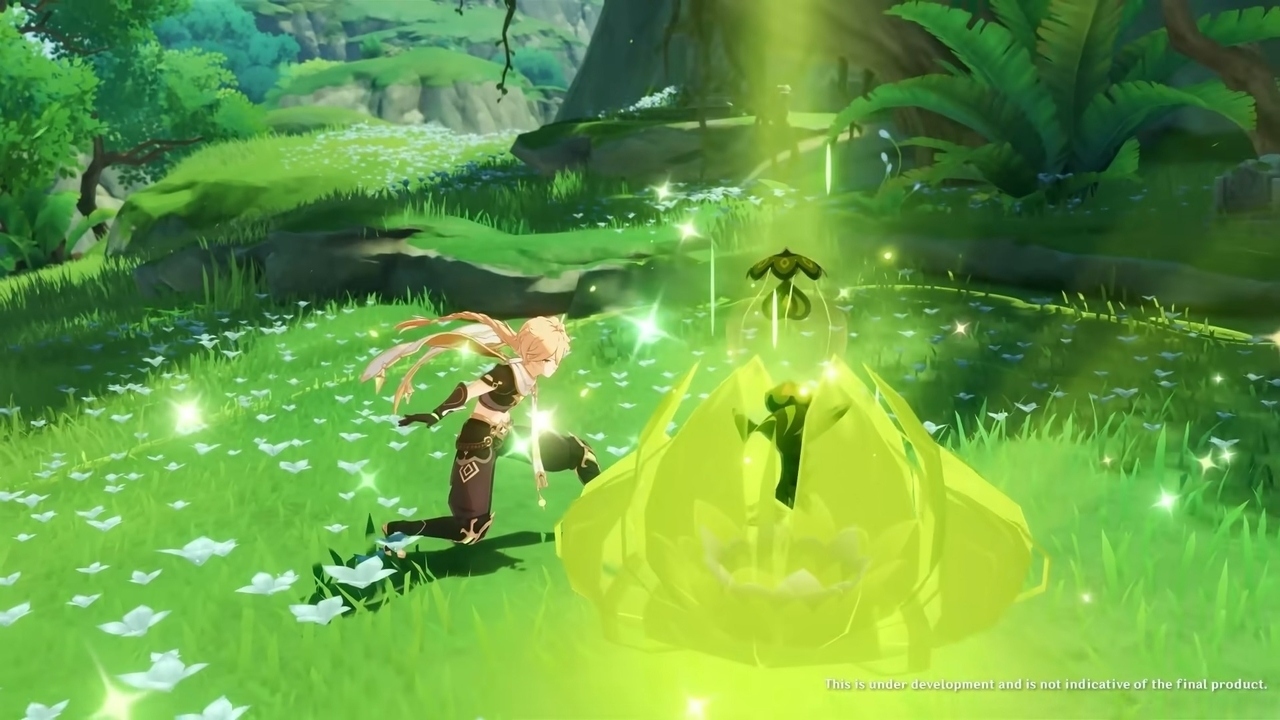 Players have been offered the opportunity to better get to know some upcoming 3.0 characters in Genshin Impact. Hoyoverse is keeping up its trend of revealing characters of the forthcoming versions a patch earlier to pre-market content that is yet to become playable. Such methods have seen their largest effort thus far with the reveal of the Fatui Harbingers in the recently released PV. The conclusion of the video tempers player expectations by placing its focus back on the future 3.0 characters succeeding the just-released patch 2.8.

Looking at previous leaks and the tweets made by Genshin’s social media account, it is possible to compile a list of relevant information surrounding all the revealed characters, namely, Tighnari, Collei, and Dori.

The lead ranger is in charge of overlooking the Dawson Rainforest. He is the tutor of Collei, a ranger currently in training. Tighnari will be the first five-star character to bear the Dendro element and a ranged DPS built with a kit centered around doing charged shots and laying down field hazards to keep enemies in check. People might be reminded of Ganyu’s skill set should they examine Tighnari’s in closer detail. The character bears the unique passive of highlighting the specialties of Sumeru on the mini-map, which should help with all the farming required to ascend and strengthen characters belonging to the new region.

Collei is Tighnari’s disciple and a ranger trainee. She might be a familiar face to those who have read the Genshin manga, which detailed considerably the difficulties that she’s suffered at the hands of the Fatui and the growth that resulted from such traumatic experiences. Collei, the Dendro four-star has a kit that resembles her Mondstadt friend, Amber. She shares the same gliding passive and uses throwing devices and boomerangs to deal with her opponents. The nightmare that she woke from at the end of the Fatui PV serves as both a potential premonition of the future and a throwback to her past encounters with Dottore, who treated her like a science experiment.

A Sumeru merchant with an arguably Arabian-inspired aesthetic. The 4-star electro character is suggested by leakers to be a claymore wielder with a supportive kit. Placing down turrets to keep enemies at bay and provides teammates with health and energy recharge upon using her ult, which summons a lamp spirit that links itself and the player, damaging any enemies that touch said link. She seemingly continues the trend set by Sayu, being a claymore user based entirely around utility.

The above Reddit post outlines the ascension materials the three Sumeru characters will require. Most items in that list are currently unavailable and can only be acquired when patch 3.0 arrives. By going to Sumeru locales or defeating Sumeru bosses and enemies.

This means that players interested in any of the three Sumeru characters arriving with patch 3.0 of Genshin Impact will need to farm the majority of the required materials on the spot, items ranging from specialties to talent books to boss materials. Just like every past nation that they’ve visited for the first time.