MW2's campaign is carried by these cheeky lads. In a series first, Call of Duty: Modern Warfare 2‘s single-player campaign has been released a full week ahead of the game’s full launch, giving players a taste of the tactical action that’s to come when multiplayer and Spec Ops become available on October 28. Infinity Ward’s 2019 reboot of the Modern Warfare series featured one of the franchises’s greatest campaigns to date, so hopes were high for Modern Warfare 2’s story mode. Unsurprisingly, it delivers the pulse-pounding action and cutting-edge visuals that fans have come to expect from Call of Duty, but there’s another thing that elevates the experience to another level: banter.

Task Force 141 has always been a tight-knit group since its debut in the original Modern Warfare trilogy, but Infinity Ward’s rebooted saga takes things even further with a much more character-focused story. Ghost and Soap and two of the most beloved Call of Duty characters of all time, so fans were already looking forward to seeing their reimagined versions interact in Modern Warfare 2’s campaign. However, it’s not their actions in the cutscenes, but their continuous back and forth throughout each mission that does most of the heavy lifting in making their new iterations likable.

Throughout most of Modern Warfare 2’s campaign, Task Force 141 is split into two groups operating on two different fronts. Captain Price and Gaz spend most of their time on stealth ops in places like Amsterdam and Spain, while Soap and Ghost are sent to Mexico to work alongside Mexican Special Forces to track down the leader of a deadly cartel.

While Price and Gaz’s excursions are enjoyable, Soap and Ghost’s adventures in Mexico are easily the highlight of the game. Even though both characters are grizzled veterans ready for any kind of firefight, they’re clearly out of their element culturally. Their alliance with newcomer Alejandro and the Mexican Special Forces is uneasy at first, with the pair struggling to understand Spanish and having a hard time adapting to the new rules of engagement made necessary by Mexico’s corruption and the cartel’s deep roots. It’s this uneasiness that brings the duo closer together, however, and their relationship is one of the driving forces behind Modern Warfare 2’s story. Trust is the main theme of Modern Warfare 2. With missiles out in the wild and new factions being pulled into the conflict after seemingly every mission, Task Force 141 grows increasingly wary of their so-called allies as things progress. It’s through these trials and tribulations that the squad grows closer, however, and that is best seen through Ghost. He’s arguably the main character of Modern Warfare 2. Refusing to take off his mask, talk about his past, or even be addressed by his actual name, Ghost is obviously the most closed-off of the group.

That brings us to the bromance. Ghost and Soap have been given a sibling dynamic in this version of Modern Warfare 2, with Soap acting as the excitable and cocky younger brother and Ghost playing the part of the tired, embarrassed older sibling. Like any good sibling story, Ghost warms up to Soap as the story progresses, and their banter is the best part of the entire game. 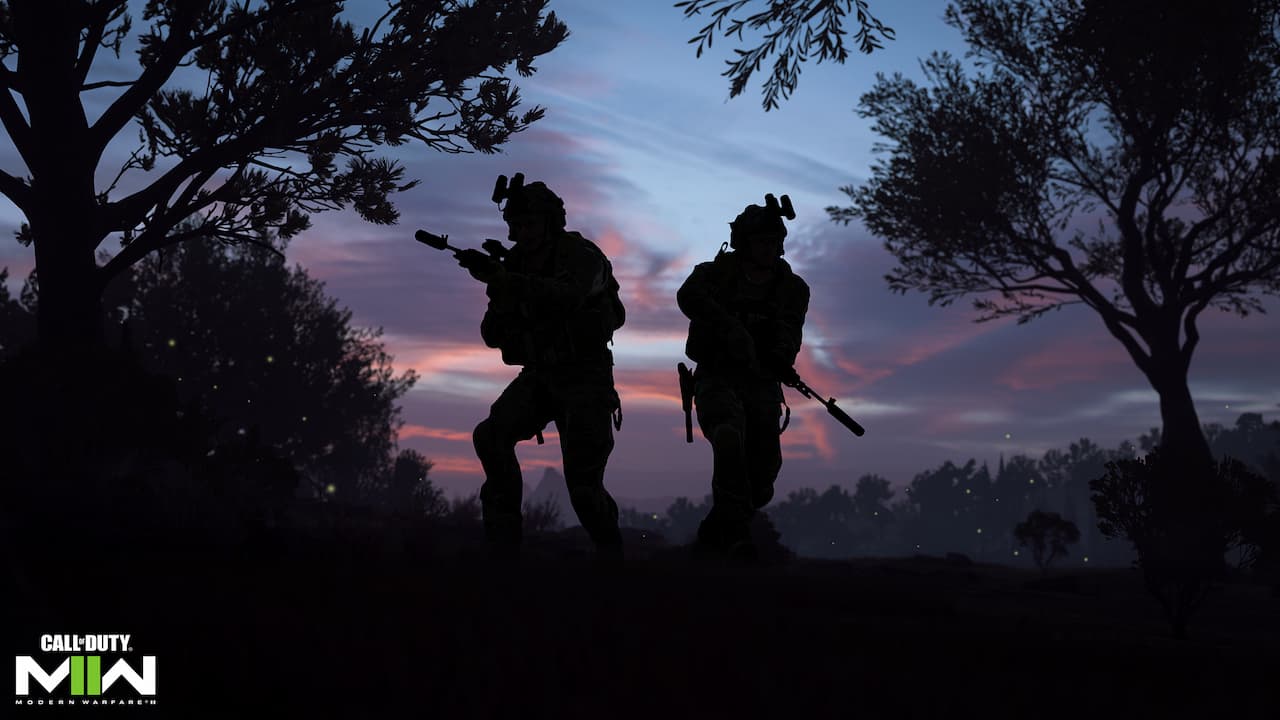 They don’t start out that way, though. When Ghost and Soap gear up for their trip to Mexico, Ghost seems almost disappointed that Soap is tagging along. After touching down in Mexico, Soap’s eager and playful attitude when meeting Alejandro is shut down immediately by Ghost.

Flash forward to the second half of the game and things are wildly different. Ghost and Soap have to depend on one another more than ever, and that’s best shown through one of the game’s standout missions: Alone. Without spoiling much, Soap has to sneak through a city swarming with enemies without a weapon of his own, being forced to craft improvised mines and smoke bombs to bypass armed guards as he attempts to regroup with Ghost. Ghost is on comms throughout the mission, and the two strike up a conversation to break up the quiet and ease some of Soap’s stress.

They tell stories, make sarcastic remarks, and crack some of the worst jokes you’ve ever heard. It’s a surprisingly touching mission that makes you forget you’re playing a modern military shooter for a second. Ghost even drops Soap’s nickname and starts addressing him as Johnny. This is the turning point of their relationship. This marks the moment when Ghost finally learns to trust someone not as an ally on the battlefield, but as a friend.

Without spoiling anything else, Ghost’s journey of trust continues after this mission and extends to the rest of the team in surprising ways. He and Soap even begin to drop some amateur Spanish later in the game, much to the amusement of their Mexican allies. Modern Warfare 2’s campaign is so good that you should definitely play it yourself though, so I won’t go into any more detail.

Still, Ghost and Soap’s relationship is the heart of Modern Warfare 2. The game’s story is rife with smoke and mirrors. Between the Mexican Special Forces, Las Almas Cartel, and the Shadow Company PMC just to name a few, Task Force 141 is never quite sure what — or who — to believe at any given moment. It’s only when they learn to rely on each other that things finally start to come together. New allies come together, old friends lend a hand, and nobody gets left behind.

Call of Duty: Modern Warfare 2 will be released on October 28, 2022, for PC, PS4, PS5, Xbox One, and Xbox Series X|S. The single-player campaign is available now for digital pre-orders.