Everything you need to know to start playing Chivalry 2. 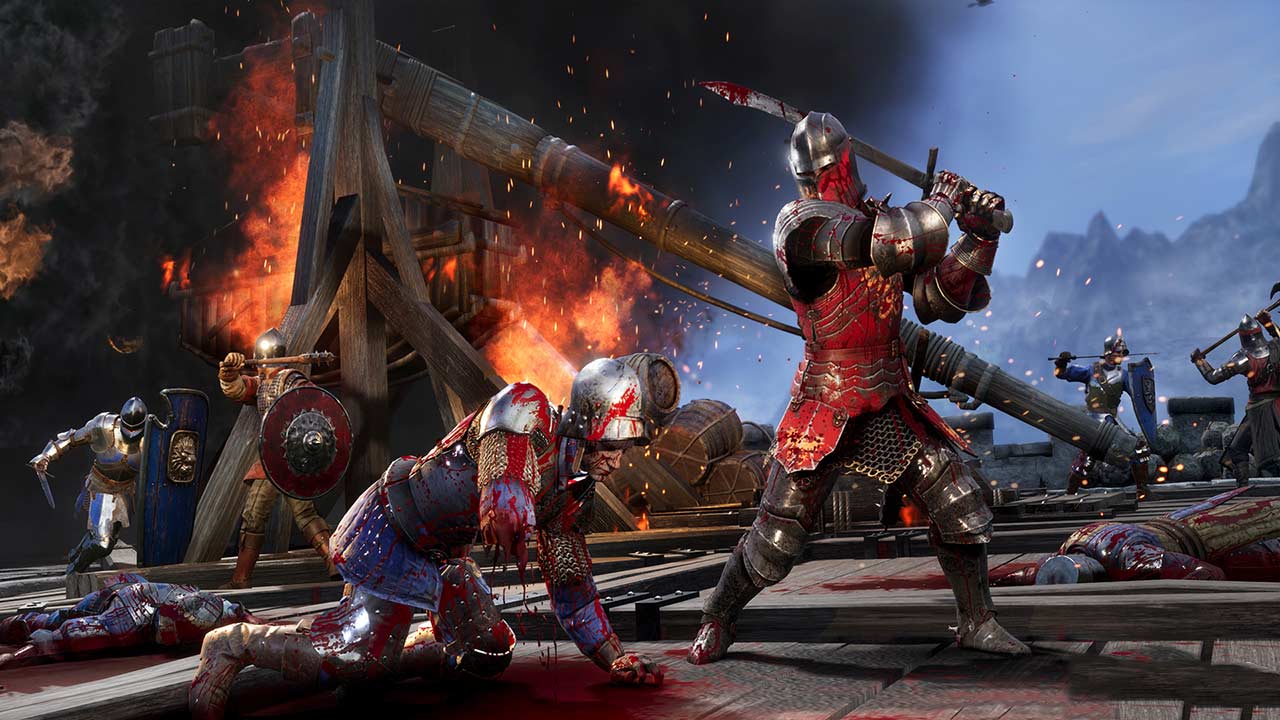 There are many different mechanics at play with the dynamic medieval battles of Chivalry 2.  Getting the basics down will be important for your survival on the battlefield.  In this Beginner’s Guide for Chivalry 2 we’ll give you the tips and tricks that you should know before playing.  And even if you’ve already been playing there some tips that the tutorial doesn’t necessarily go over very well.

Chivalry 2 is pure medieval combat and that’s going to depend heavily on the hand-to-hand variety.  While there are things like bow and arrows and cross bows most of the action if going to be up close and personal.  Bookmark this guide for anything that you find useful.  You can also find an archive of all of our guides for Chivalry 2 here.

The first thing to consider in Chivalry 2 is going to be the class that you use.  You’ll probably switch between them until you find a good fit, but below you’ll find a detailed description from our in-depth classes guide for Chivalry 2.

There are two factions in Chivalry 2: The Agatha Knights or the Mason Order.  It’s kind of a good guy bad guy thing.  However, it doesn’t really matter which one you pick.  You’re basically either picking red or blue and you’ll get that choice if the teams are balanced.  For a more detailed run-down on choosing a faction and what this choice does head to this guide.

There are four classes in Chivalry 2 with a total of 12 subclasses within.  As a beginner in the game you will have access to four classes with the ability to unlock the others as you play.  The main classes are: Archer, Vanguard, Footman, and Knight.

Archer deals in long range attacks and consists of the following three sub-classes:

The combat of Chivalry 2 is slow and deliberate.  Taking the time to learn all of the nuances in the game is going to keep you alive, regardless of what platform you’re playing on and whether you choose to play with a controller or a mouse.  There are some core abilities that your character has when using melee weapons in Chivalry 2.  This includes blocking, countering, and more.  Taking the time to master these things will go a long way in helping you win duels in the game.  It’s not very often where you’ll be able to take your time in a fight.  You’re managing your stamina and health and usually there’s going to be more than one enemy nearby.

The most useful feature is the ability to drag your attacks.  This means that by pulling the controller or your mouse view to a specific side while swinging your weapon you will be able to hit multiple enemies at once.  For an in-depth description of what drag is in Chivalry 2 head to this guide.

Blocking is probably the most important skill to have in Chivalry 2.  You’re going to need to do it a lot, and it can really get you out of a pinch until the cavalry arrives.  Blocking is fairly easy to do as it does not require precision, rather just the press of a button.  What comes after a block however, are the counters, ripostes, and feints.  These moves can flip the tables on your opponent, striking back at them after a successful block.

The meat and potatoes of Chivalry 2 is going to be objective gameplay for the most part.  That means, you’re going to want to work with your teammates to accomplish certain goals.  This can be accompanying a convoy, defending an area, or simply cutting down all the enemies on the field of play.  Always pay attention to what the objective is and you can do so at the very top of the screen, which will show you the objective and the progress.  At the bottom of the screen you’ll see how many players from each side are in the objective area.

You’ll definitely get a good feel for the teamwork needed in Chivalry 2 when playing the objectives and that teamwork carries over into fights as well.

You know what’s better than a giant axe as a weapon?  Two giant axes.  Stick with your friends and outnumber your opponents.  One on one fights are a rarity in the world of Chivalry.  Stay in one place tangled up with a solo person for too long and you’ll most certainly be picked off by an archer or stabbed in the back by another player.  Sticking with your teammates allows you to do the backstabbing and allows you to overwhelm your opponents.  While it might be fun to leap into battle all on your own, it’s likely you won’t last long.

Clean up the garbage

While some might call it kill stealing, we call it helping.  Look for opponents that are currently engaged in combat and kill them while they are defenseless.  It’s the easiest way to rack up kills in Chivalry 2 and a totally valid way to rank up and progress in the game.  There is no honor in fighting one on one in this game so go help your friends when you see they are engaged in combat.

The action is frantic in Chivalry 2 but you will need to pay attention to whether an enemy dies completely or is just downed.  If they are downed, you need to give them the finishing blow to get them out of the game.  If they aren’t finished, they can be revived by their teammates so don’t let them crawl away.

If you see teammates crawling around on the ground you can revive them.  Simply walk over to them and look for the prompt on the screen to start the revive process.  It’s quick and can help turn the tides in battle.   All they need is a bandage or a team heal to get right back into the fight.

You can take quite a bit of damage in Chivalry 2 and keep on fighting the good fight.  What you’ll need is bandages and you’ll start with at least one to start your life.  You can get more bandages by heading to a supply cache found throughout the map.

Not quite beginner stuff, but you’re at the end of the article

One thing you’re definitely going to need to be aware of is friendly fire.  Whether you’re an archer firing shots into a crowded space or a knight wailing away with a giant sword in traffic.  You can hurt your teammates and make them easier to kill.  It’ll be pretty obvious, there’s either a yellowish hit marker for enemies and a red hit marker for friendlies.  You’re still going to hit your teammates regardless of whether you try to or not, it’s just part of the game.  Try not to kill your friends.

Most importantly, if you’re just get started in the world of Chivalry 2 have some fun with the game.  While there is plenty to wrap your head around in terms of controls, and systems, take these beginner tips on the battlefield and you should be more than prepared to compete and have a good time.