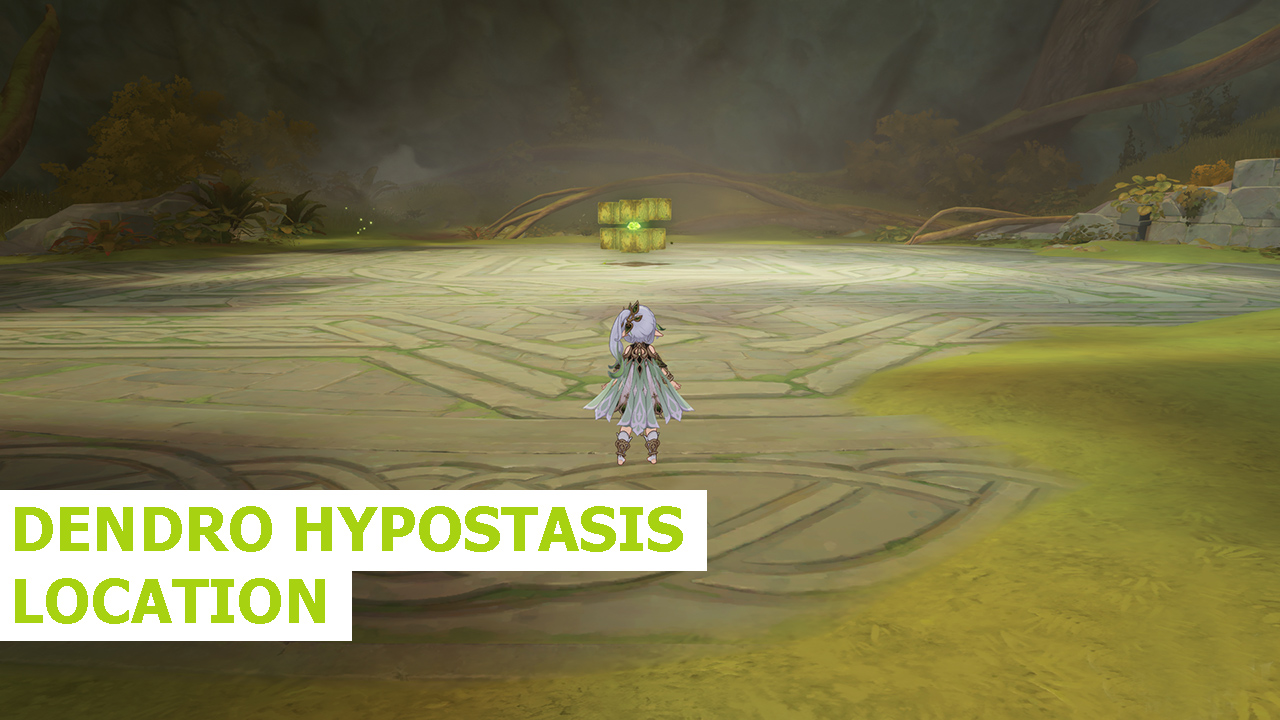 Genshin Impact‘s version 3.2 is here, bringing to players the next chapter of the
Sumeru storyline, a new weekly world boss, and the playable debut of 5-star Dendro Catalyst and fan-favorite Nahida. In order to ascend Nahida to level 90, players will need to find and defeat the game’s new Dendro Hypostasis boss multiple times. But what’s the Dendro Hypostasis location?

You can find the Dendro Hypostasis by first heading to the Deserted sub-region of Sumeru, located west of the Ruins of Dahri area. Once you do that, just head southwest towards Dar al-Shifa, located south of Aaru Village. Upon reaching the area, you just need to continue southwest and unlock the area’s Teleport Waypoint, which will allow you to reach the boss area faster.

Once you unlock the Waypoint, you just need to drop down from the ledge and head to the area marked by the cursor in the image below, where you will find a pathway leading you further down and to the Dendro Hypostasis.

To recap, here’s how to find the Dendro Hypostasis boss in Genshin Impact:

How to Defeat the Dendro Hypostasis in Genshin Impact

The Dendro Hypostasis’ attacks can be considered one of the weakest in the game and will feature the same core mechanics showcased by the others of its kind, where it will shield itself from damage from time to time. As usual, the Dendro Hypostasis will be immune to its own core element, so do not bring Dendro DPS”, like Tighnari to the fight.

Overall, the only differential will lie at the end of the fight. Once you deplete the boss’ full health bar, you will need to use both Electro and Dendro in order to stop its regenerative process and quickly end the battle. For that, we recommend that you bring a team featuring either an Electro unit, such as the Raiden Shogun, Yae Miko, Cyno, or Fischl, as well as Dendro support, ideally Nahida.

If you don’t have an Electro DPS on your roster, we highly recommend that you check out all the Dendro-related reactions currently in the game in order to pick the best characters and quickly get the boss’s health to zero.