Hardest Shiny Pokemon to Identify in Pokémon Scarlet and Violet

Is that a shiny or is it just dark in here? 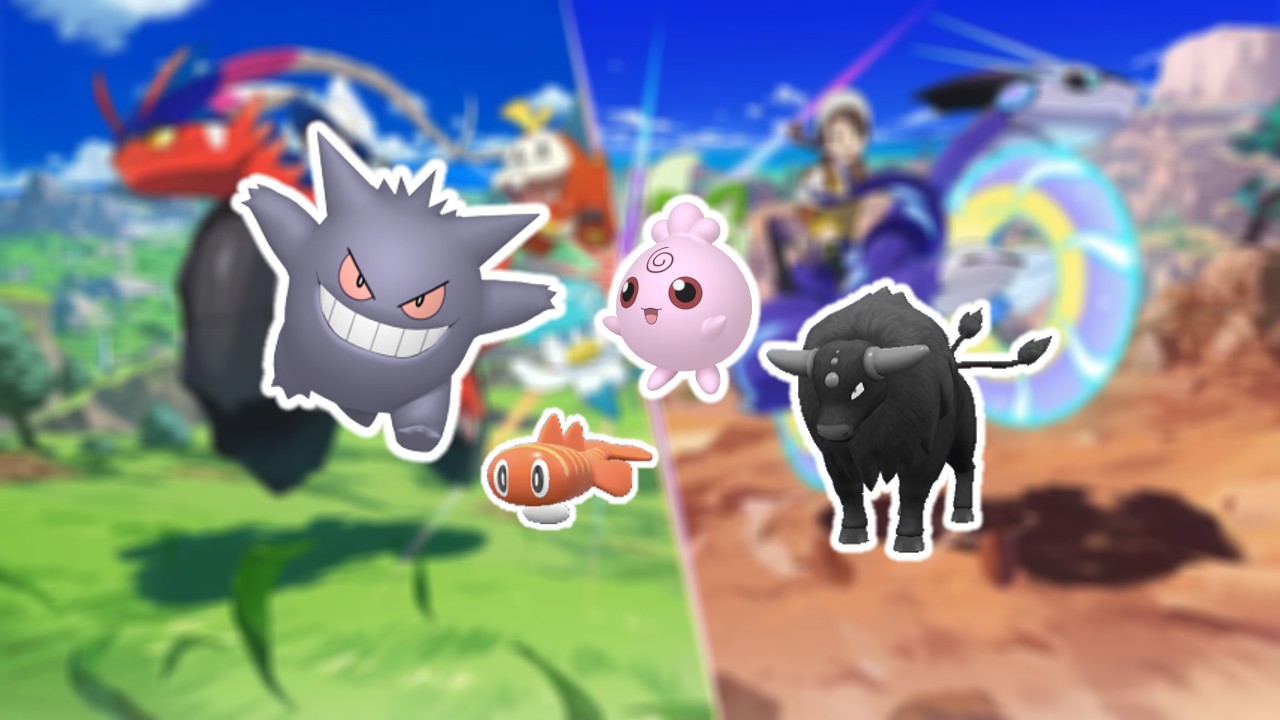 Whether you’ve spent hours hunting, breeding, or were delightfully surprised out of the blue, finding a shiny Pokémon in Pokémon Scarlet and Violet is a feeling like no other. Especially with some shiny Pokémon having incredible color combinations that truly stand out in battle. Some shinies aren’t so lucky, however, and can be incredibly difficult to spot in the overworld due to only having subtle changes. To prevent you from accidentally sprinting past a shiny on Koraidon or Miraidon, we’ve compiled a list of the hardest shiny Pokémon to identify in Scarlet and Violet.

The Hardest Shiny Pokémon to Spot in Pokémon Scarlet and Violet

In previous Pokémon titles on Nintendo Switch, Pokémon would glimmer in the overworld to alert the player that the Pokémon is shiny. Pokémon Scarlet and Violet sadly omitted this feature, meaning certain species of shiny Pokémon are difficult to identify, especially when sprinting past them to get to the next Gym, Titan, or other activity. The Pokémon below are the most difficult shinies to spot, and ones you should keep a keen eye out for during your adventures:

The only difference between a shiny and non-shiny Charcadet is its eyes, which change from red and yellow to blue. The entire rest of its body stays the exact same, which, combined with how small it is, makes shiny Charcadet difficult to spot in the wild. Its two, split evolutions, Armarouge and Ceruledge also follow this pattern, with Ceruledge being the hardest of the three to identify with such a subtle change of eye color.

Garchomp is infamous in the Pokémon community for having a very poor shiny. Its body is a slight shade darker than usual and is near-impossible to spot in the dark conditions it usually spawns in. Mega Garchomp, on the other hand, is a nice, bright shade of pink. Unfortunately, Mega Evolutions aren’t present in Pokémon Scarlet and Violet. Its pre-evolutions, Gible and Gabite, are thankfully easier to spot due to their bright blue coloring.

Without engaging in battle, your chance of noticing a shiny Tandemaus in the wild is slim-to-none. The patches of fur that resemble a shirt and pants are now a light shade of beige, while the rest of its body remains the same color. While these patches are difficult to see in the first place, the minuscule size of Tandemaus makes its shiny variant exceedingly hard to spot. Its evolution, Maushold, simply adds one or two “children” to the existing Pokémon, which sport no difference between their regular and shiny forms.

Paldean Tauros, a new regional form added in Pokémon Scarlet and Violet, has a very subtle change of color for its shiny. Its mane is now a dark grey color, while its head, body, and tail are black; a direct swap from its normal form. Since these shades are so close to each other, spotting a shiny one in the wild is tough, especially at night. Paldean Tauros usually do spawn in herds, however, making it slightly easier to spot should you be lucky enough to encounter one.

Tadbulb are very small creatures in Pokémon Scarlet and Violet’s overworld, with their bright yellow head indicating their presence. Tadbulb’s shiny keeps its yellow dome, however, and instead replaces its orange accents with a darker shade, closer to red. Since the majority of the color difference is on the lower half of the Pokémon, it can be hard to identify a shiny without tilting the camera every time you ride past. Its evolution, Bellibolt, is thankfully much easier to spot, changing from green to a bright shade of yellow.

Much like Garchomp, Gengar has an extremely subtle shiny change, with its body being slightly darker. Gengar’s design as a whole has had many changes to its color over the years, originally appearing a darker purple in earlier games, trading cards, and anime episodes. It doesn’t help that Gengar only spawns at night, leaving you to wonder if that Gengar you saw was shiny, or if it was just the lighting.

Greavard’s shiny is vibrant and wildly different from its regular form; the candle atop its head, however, is not. Greavard bury themselves below the ground in most of the locations they spawn in, with only their head candle being visible until you approach. Next time you pass a pack of Greavard, make sure to run closeby to double-check a shiny isn’t hiding in plain sight.

A shiny Slowpoke is simply a lighter shade of pink, which can make a normal and shiny one hard to differentiate in areas with brighter lighting, or while it’s swimming in bodies of water. Its evolutions, Slowbro and Slowking, are all much brighter, however, and should be a breeze to spot in any scenario.

Tynamo is the smallest Electric-type Pokémon of all time, measuring in at an average of only 0.2 meters. Its minuscule size and tendency to spawn in water make it hard to find during normal conditions, so its shiny being such a subtle change of color can make identifying a shiny Tynamo a particularly difficult challenge.

Tatsugiri come in three forms: Curly (Orange), Droopy (Pink), and Stretchy (Yellow), with each having its own shiny variant. Curly and Droopy Tatsugiri are easily distinguishable from their regular forms. Stretchy, however, doesn’t have that privilege. Instead, it is the exact same color as its Curly variant, albeit with a different pattern on its back. With all Tatsugiri forms spawning in the same areas together, it can be hard to distinguish shinies from form changes.

Igglybuff and Jigglypuff both have tricky shinies to spot. Igglybuff is simply a darker shade of pink. Jigglypuff is in the same boat but becomes a little easier to spot due to its eyes changing from blue to green.

As is a common theme with a lot of the shiny Pokémon mentioned in this article, Persian’s shiny is just slightly lighter than its regular form. The key thing you should be examining when passing by Persian during your adventures is their ears. The inside of a shiny Persian’s ears are pink, while regular Persian retain the same coloring as the rest of their body.