How to Unlock the Lachmann Sub (MP5) in Modern Warfare 2

Time to unlock this submachine gun in Call of Duty: Modern Warfare II! 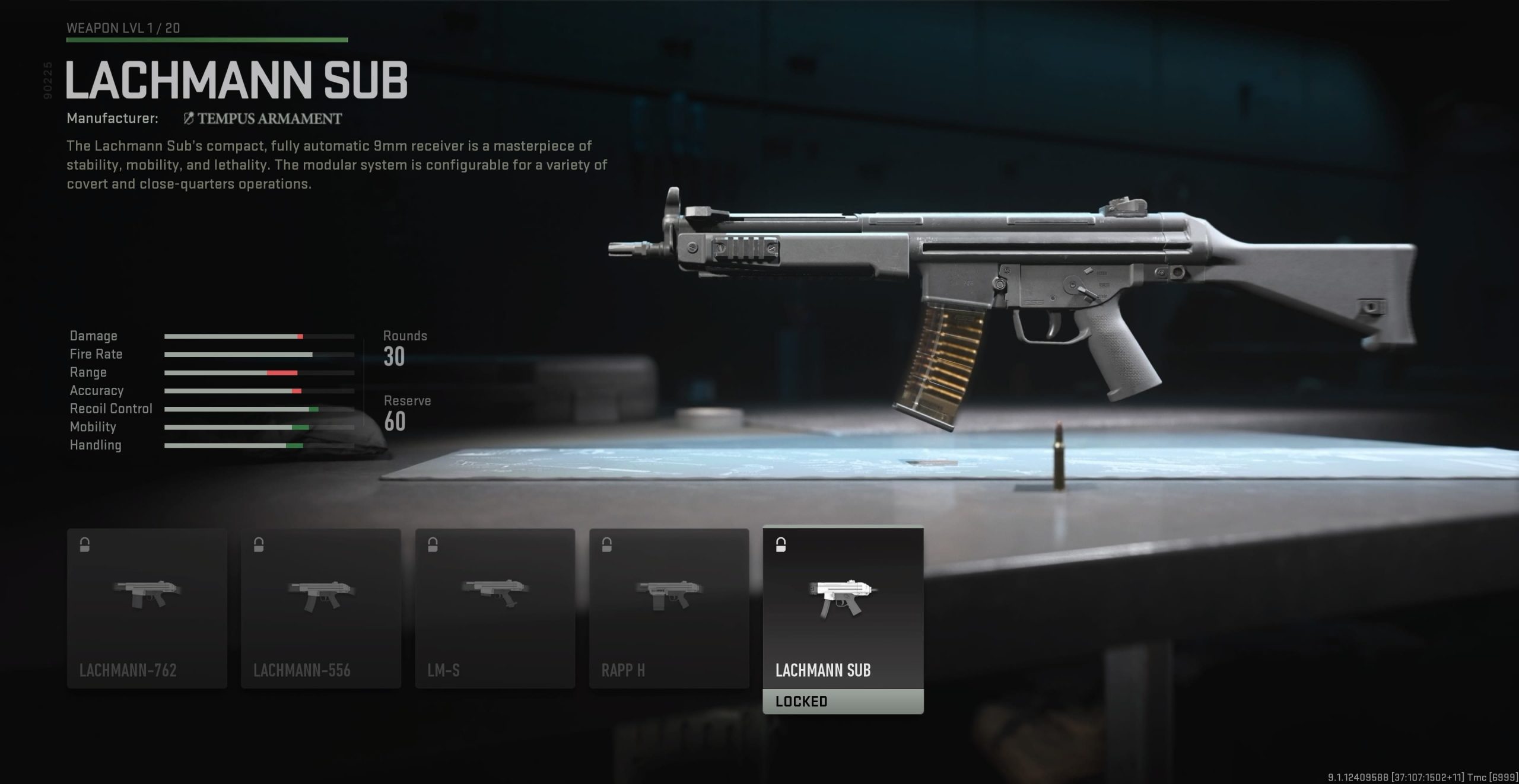 Call of Duty: Modern Warfare II has been grasping its hands around every player in the gaming community who thoroughly enjoys the Call of Duty franchise with its vast array of titles on offer for people to play through. Of course, throughout each game there are many weapons to unlock so you will want to obtain all of them to add to your diverse collection. This guide article will take you through the process of how to unlock the Lachmann sub in Call of Duty: Modern Warfare II.

Similar to the Lachmann-556, this weapon is at the moment not officially able to be unlocked. It is a type/variant of the Lachmann series of weapons and in order to get it, you will need to go through numerous steps. The first of which is to equip the Lachmann-556 and this can be done by creating a loadout with the ‘Expedite 12’ shotgun in your primary slot and then having the Overkill perk equipped. The Lachmann-556 will now be in your secondary weapon slot.

After this, you will need to level the Lachmann-556 up to level 13 and from which point you can switch to the Lachmann Sub from the gunsmith for the weapon. It should be noted that while you are leveling the Lachmann-556 up, you likely won’t want to equip another weapon in that Lachman-556 slot to be on the safe side, the same goes for the submachine gun. This is because the guns are technically unlockable yet so be sure to stay focused and dedicated to those weapons if you are planning to unlock them.

Call of Duty: Modern Warfare II will be released very soon this year on October 28 for the following platforms: PlayStation 5, PlayStation 4, Xbox Series X/S, Xbox One, and PC.