This suppressor is difficult to unlock, but why? 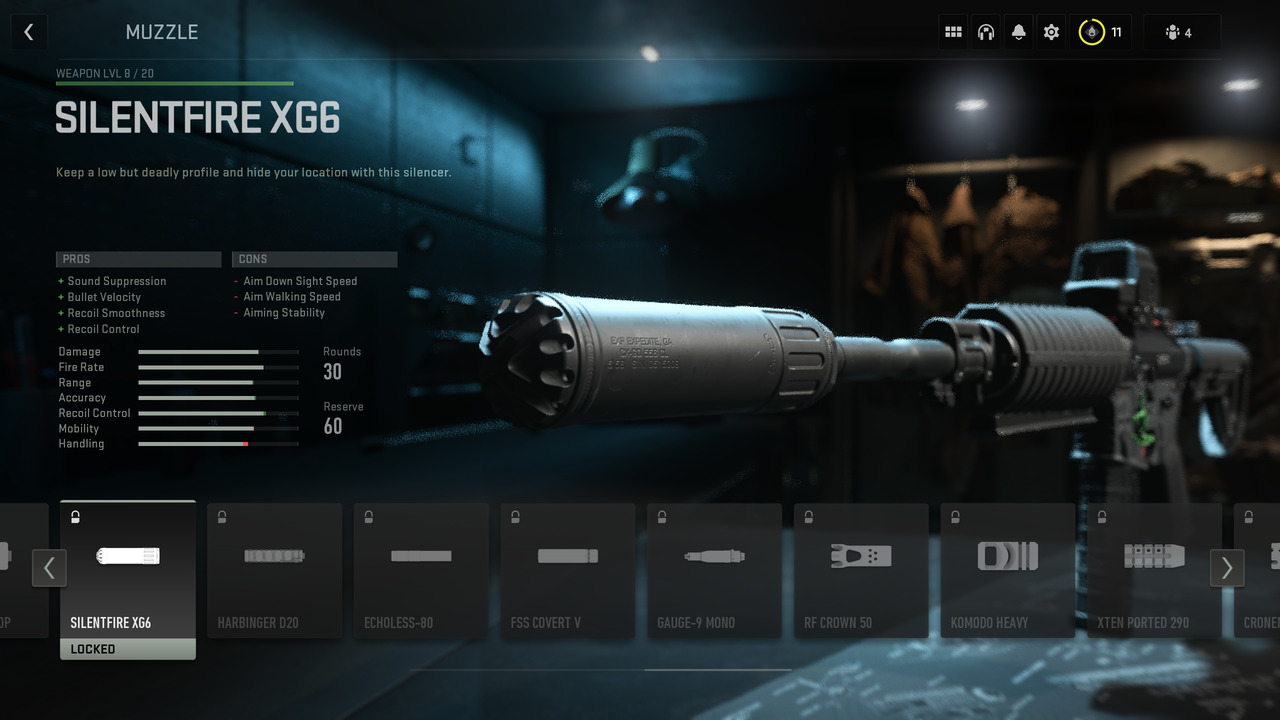 How to Get the Silentfire XG6 in Modern Warfare 2

The Silentfire XG6 is a suppressor that can be used for any weapon belonging to the M4 weapon platform, so it can be used on weapons like the FTAC Recon, FFS Hurricane, and others in the same family. To unlock all of the attachments for the M4 and other weapons on the platform, you have to max out every single gun in the family tree since they all share attachments with each other. Once you’ve done that, though, the Silentfire XG6 will still be locked. As a matter of fact, the attachment doesn’t have any unlock criteria listed at all.

That’s because the Silentfire XG6 suppressor is not currently obtainable in Modern Warfare 2 multiplayer. You can use it in private matches where everything is unlocked, but there’s no way to equip it on your M4 loadout or any of your custom classes for actual multiplayer matches. This is most likely a bug but Infinity Ward has yet to comment on it.

There are a few other attachments, like the Slimline Pro optic, that don’t have any way to unlock them in standard Modern Warfare 2 multiplayer. This is either a bug, or the attachments will be unlocked by leveling up new weapons coming with the launch of Modern Warfare 2 Season 1 on November 16. This will also bring Warzone 2.0 and DMZ to the game, so new challenges for those modes could be used to unlock these missing attachments.

While it’s a shame that you can’t currently get every weapon attachment for the M4 weapon platform, there’s still plenty of stuff to grind for in the meantime. This year’s camo grind has been streamlined, so getting your hands on Gold camo or even the rare Polyatomic and Orion camo patterns is easier than ever.