Need some cash? Find out the best ways to earn some! If you’re looking to customize your character to the fullest potential, both physically and with their stats, you’ll need to have plenty of VC in NBA 2K23. While pre-order bonuses may have granted some to players, you may have already burned through that, and need to start earning some more, and quickly. But, if you’re new to the series, or haven’t gotten invested before, how do you do that?

If you’re ready to start showcasing your basketball knowledge, you’ll want to jump right into 2KTV, which is available directly on the main menu. Once you have activated this game type, you’ll be able to answer a few different questions, and the more answers you get correct, the more VC you’re going to earn. This is especially great if you’re someone that knows just about everything there is to know about the game, as well as the sport because you can become rich quickly by jumping into this mode.

Downloading the myNBA2K23 app on your iPhone or Android device, you’ll be able to earn VC just by logging in daily, or by playing little games that are located in it. You’ll also be able to utilize it for some other features, such as importing your face into the game, so you’ll be able to use yourself as a playable character. This is going to be one of the fastest ways to unlock more currency, as you’ll just need to log into the app, and you’ll get some extra cash. 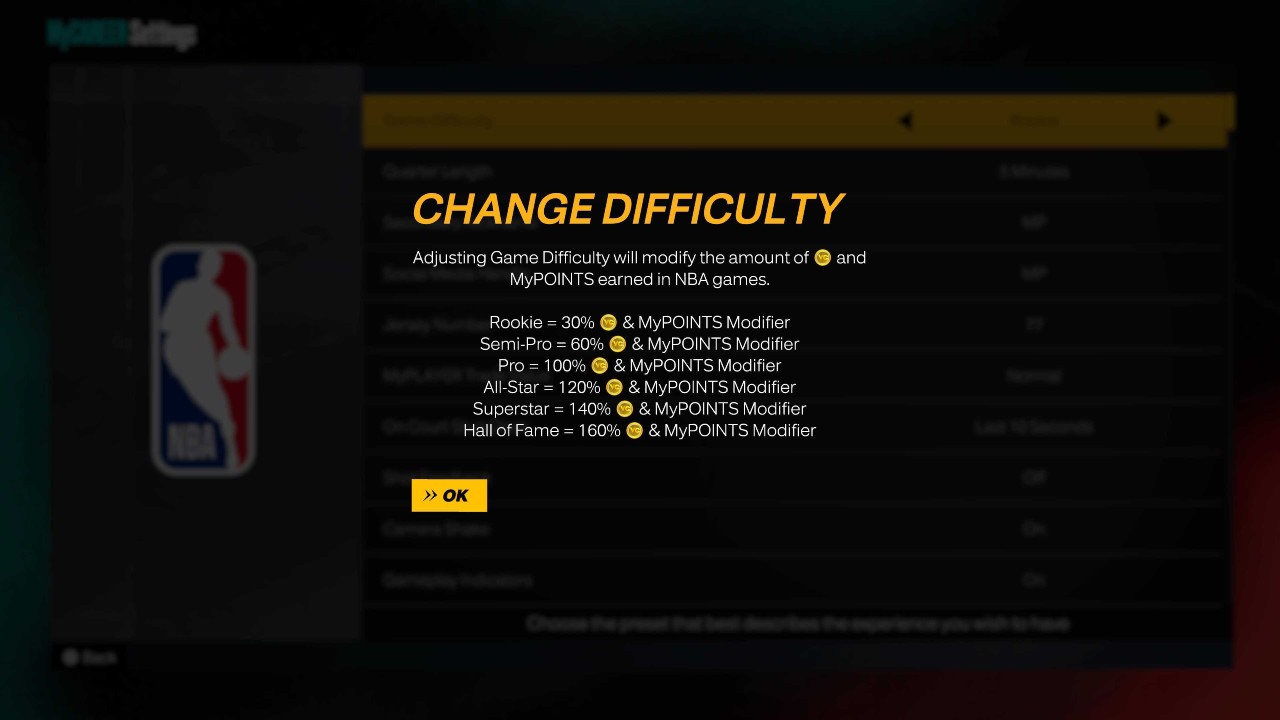 If you’re ready to step up your game and try out a new difficulty option, you’ll be able to start bringing in some extra cash quickly. After you have moved out of the Rookie difficulty, you’ll be able to start earning more money than ever, so putting the time into the game to learn how it plays, and what you should be working towards can help reward you in more ways than one. You’re going to need plenty of cash to start upgrading your character, so once you’ve gotten some points added, maybe it’s time to crank it up a bit.

Interact with Daily Rewards in The City

If you’re playing on a next-gen system, you’ll be able to navigate your way around The City and interact with plenty of unique objects, but one that you should be keeping an eye out for is the Daily Rewards. You’ll just want to make sure that you’re checking into these any chance that you get, as you’ll just need to go a bit out of your way to start earning them. You’ll find them directly on your map, so you will just need to set a waypoint, and start walking, skating, or taking the Subway to get to them as quickly as possible, so you can earn some extra money.

If you’re ready to show off your skills against other players, you’ll be able to jump into a game using the Play Now menu, which will set you up against someone that is hopefully in the same league as you. If you win or lose, it doesn’t matter, as you’ll still find that this is a great and efficient way to start making some extra and easy money. You’re guaranteed at least 400 VC for finishing a game and will receive an extra bonus if you win against your opponent.

Check out Daily Trivia On Your Phone

Much like the 2KTV that we discussed above, you’ll need to make sure that you’re up to snuff on your basketball knowledge, so you’re able to answer these questions right. You’ll be asked a few different questions in regard to the sport, and if you can nail them correctly, you’ll find that this is one of the easiest and quickest ways to start bringing in extra money. Even if you don’t get them all right, you’ll be able to do this every day, so you’ll always have another chance to start earning some cash. Or, maybe you’ll get lucky and get a completely different question that could do with another subject!

Check Your Quests And Rewards

If you’re ready to stop ballin’ for a bit, you’ll be able to take on some of the extra quests around The City, which can net you some easy money. Some are as simple as just talking to a character, whereas other quests will have you racing your skateboard for a chance to rake in some crazy cash. No matter what, you’ll want to progress the story along, so you’ll need to take some of these quests on, but don’t ignore your side quests for too long, as you’ll be able to earn some good money doing them.

These are just some of the ways that you’ll be able to make a crazy amount of VC quickly in NBA 2K23. Since this is one of the most valuable currencies in the game, you’re going to want to make sure that you’re able to take advantage of anything that you can, so you can avoid dipping into your personal savings account to upgrade your player. By taking care of these tasks, you’ll never have to worry about a microtransaction ever again!

If you love everything that this game has to offer, make sure that you’re checking into our NBA 2K23 Guide Section, where you’ll be able to use your VC to outfit your character on the court, the easiest way to change your city affinity, and how to squash some pesky error codes.