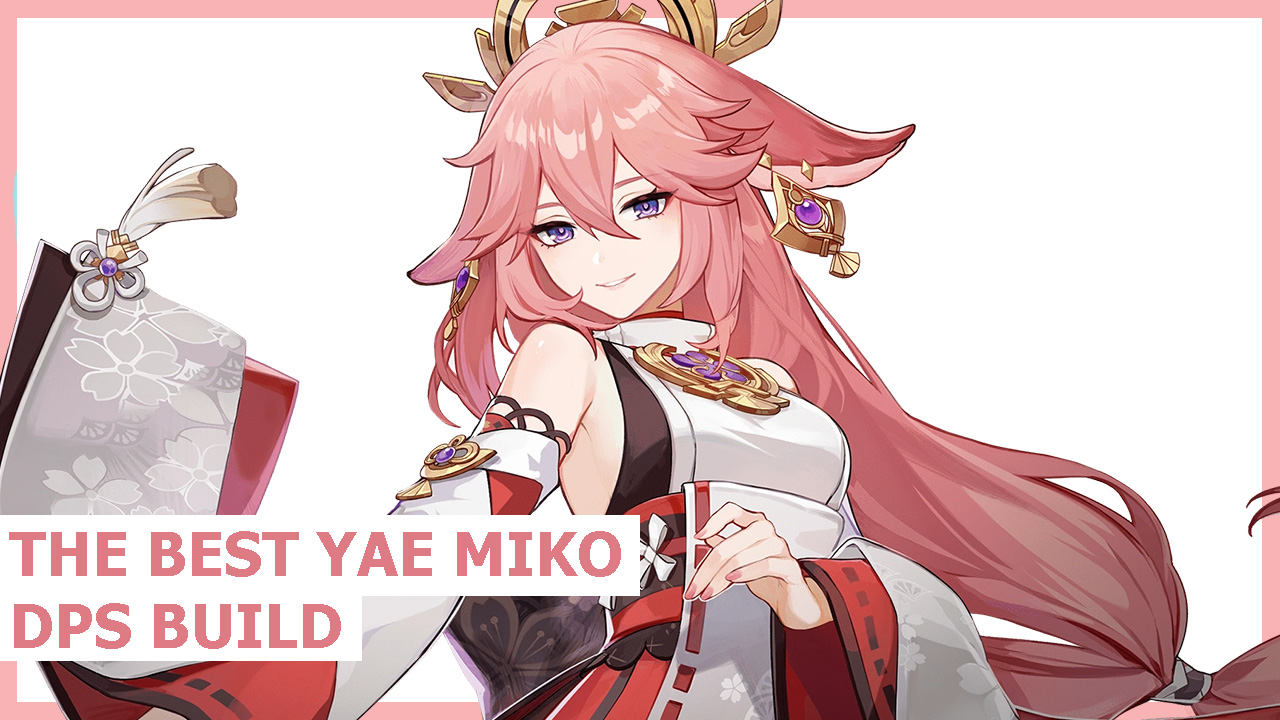 Among the wide array of both main and sub-DPS in Genshin Impact, very few are capable of dealing as much damage as Yae Miko, the Guuji of the Grand Narukami Shrine. But how should you build her? Now, to help you bring out the full potential of the legendary Kitsune, here are the best DPS builds for Yae Miko.

Given that Yae Miko’s biggest strength lies in her ability to deal massive off-the-field Electro damage at quick intervals, either as a main or a sub-DPS, as well as the proprieties of the game’s Aggravate sub-reaction, there are currently two builds capable of bringing the most out of her, one focused on dealing mainly Electro DMG, withhold the need of transformative reactions, and other focused on maximizing the potential of Dendro + Electro reactions. With that said, you can check out the best build for both scenarios below.

For those looking to build Yae Miko while fully focusing on increasing her own Electro DMG, thus allowing her to deal as much damage as possible by herself or without the need for a Dendro enabler, we recommend the use of a set featuring a 2-piece Shimenawa’s Reminiscence / Gladiator’s Finale / Echoes of an Offering and a 2-piece Thundering Fury. The combo is our main choice as it will both increase her overall attack, which is a must for Miko, and offer her a great deal of bonus DMG.

Best Artifacts for an Aggravate-focused Build

If you plan on using your Yae Miko together with Nahida, the best set for her is without a doubt a 4-piece Gilded Dreams, as the set will both increase her overall EM, as well as allow her to get a massive amount of either ATK or Elemental Mastery depending on her team.

It’s important to point out that, as this build will be focused on, as you could check out above, improving her overall Aggravate DMG, Yae Miko will be able to deal up to two times as much damage through it.

With that said, no matter your set of choice, her artifact stats will remain the same and should be as follow:

As usual, the best weapon for Yae Miko is her signature 5-star catalyst Kagura’s Verity, as the weapon boosts a high amount of Crit DMG and features a passive tailor-made for her Elemental Skill. If Kagura is not an option, our main choices would be either Skyward Atlas, for its massive ATK stat, or a fully refined The Widsith, as the weapon will offer both massive buffs and a 55+% Crit DMG at level 90. For F2P players, the best weapon for Yae is either a fully refined Oathsworn’s Eye (Pure Electro) or a fully refined Mappa Mare (Aggravate-focused).

To recap, you can check out the best weapons for Yae Miko below, as well as a few sure-to-work F2P alternatives:

The Best Teams for Yae Miko

As Yae Miko needs a battery in order to work well in a rotation, aside from her, we highly recommend that you go with a composition featuring one, an enabler, and overall support. Using a shield-fucused support, like Zhongli is recommended for those looking for extra protection.

With that said, you can check out our recommended Electro-focused and Aggravate teams below: