Pokemon GO Lucky Pokemon Explained: How to Get Them and What They Do

Find out how to get one of the rarest types of Pokemon in Pokemon GO! 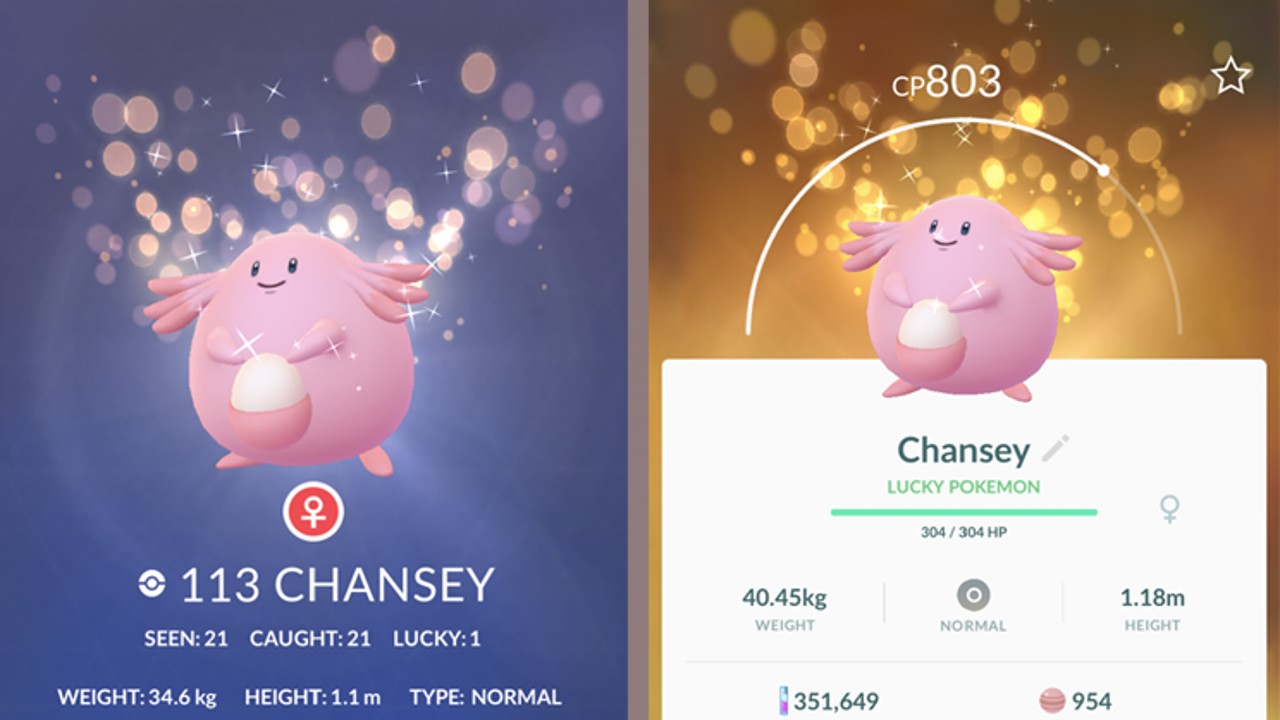 If you’ve been playing Pokemon GO for a good chunk of time, you may have gotten a Lucky Pokemon in the past. But for those that are newer to the game, you may not be sure what a Lucky Pokemon is, and what that means for you and your new best friend.

Thankfully, we are here to cover all of the details, and help you understand exactly what a Lucky Pokemon is, and why they are something special to have. Here’s all the information you need to know about Lucky Pokemon in Pokemon GO

How To Get Lucky Pokemon In Pokemon GO

If you’re looking to get your hands on a Lucky Pokemon, you’re going to need to start making friends in the world of Pokemon GO. The only way to get your hands on one of these rare Pokemon is by trading with friends, and if you’ve never traded before, we’ve got you covered on Special Trades, as well as the max distance trading can take place. The thing that makes a Lucky Pokemon, well, Lucky, is the fact that you never know if you’re going to get one.

That’s right, the only way to get a Lucky Pokemon is by sheer luck, so you’ll want to keep trading as often as possible in hopes that you’ll finally get your hands on one. There’s a good reason they are lucky, however. Your friend could trade you a fairly weak Pokemon, and if it shows up to you and becomes lucky, they’ll get an instant increase in their IV stats, putting them at least at an 8 out of 10 for each spot.

One way to try and make sure that you’re going to be as lucky as possible is by trading older Pokemon. That doesn’t mean in the sense of evolution or anything, but rather, the longer you’ve had a Pokemon in your storage, the better chance it has of becoming lucky during the trade, as confirmed by Niantic themselves. Otherwise, there is no guaranteed method to get one, you just need to hope that the RNG is going to be kind to you today.

What Makes A Lucky Pokemon Lucky?

One of the best parts of these types of Pokemon is not only the increase in IV stats, but you’ll also only need half of the Stardust that you normally would use to power them up. You’ll also get a special shimmering effect when you view them in the Pokedex, or on their summary screen.

Unlike Shiny Pokemon, Lucky Pokemon do get a competitive advantage in battle, especially because they need less Stardust than ever to fully power up. Speaking of Shiny Pokemon…

Can Lucky Pokemon Also Be Shiny?

If you’re looking to get a full double whammy and get not only a Lucky Pokemon, but a Shiny one as well, you’re in luck! While Shiny Pokemon are already hard to find in the wild, there is also a chance that during a trade, they could turn Lucky, too! Unfortunately, if you happen to have a Shadow Pokemon that is also Shiny, you are not able to trade them, so you cannot have a full trifecta of rare Pokemon. This is okay since Shadow Pokemon also gets a boost in battle, so you can’t win them all.

And that’s all there is to know about Lucky Pokemon in the game! If you’re a big fan of this AR experience, make sure that you’re checking out our Pokemon GO Guide Section, where we cover plenty of exciting topics, from the newest Mega Raids and Legendary Raids to the upcoming Spotlight Hour, which puts Staryu front and center! If you’re looking to keep and hold a gym, make sure you’re checking out the best defenders you can use, and if you need to get more items, like PokeBalls and Gifts, check out the Pokemon GO Plus, or an Auto Catcher to enhance your game even more!

Attack of the Fanboy / GAME GUIDES / Pokemon GO Lucky Pokemon Explained: How to Get Them and What They Do