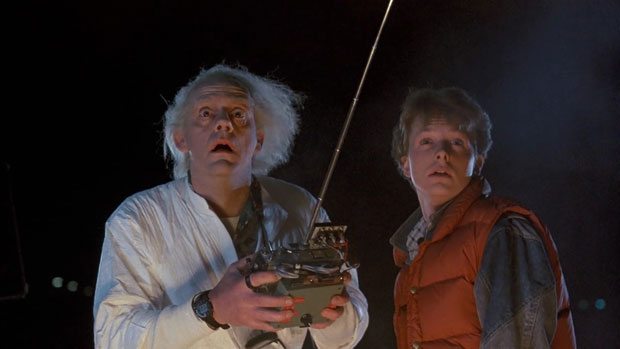 Rumors and speculation have been rampant regarding when the next generation will take hold in games. For some, Nintendo Wii U will be the first push into next gen technology, while others think it's a stop-gap to hold over Nintendo until the real next generation begins.

New details regarding Call of Duty: Modern Warfare 3's multiplayer have been revealed coming out of a New York based event for the game. Robert Bowling was on hand to disseminate information about the new features of Modern Warfare 3 and there are some interesting changes coming this November.

The gaming industry as a whole was down again in June according to recently released NPD data, but while drought of games is on, LA Noire seems to be flourishing nicely even amid the brewing controversy between developer Team Bondi and Rockstar Games.

Respawn Entertainment Stocking Up on Talent for First Game

Jason West and Vince Zampella may be best known for their leadership of the team that brought you Call of Duty: Modern Warfare, and maybe even more famous for the fiasco that ensued the release of Modern Warfare 2, where the studio heads became embroiled in a bitter love triangle between Activision, EA, and themselves.

Is This Battlefield 3’s Battlelog?

Leaked images from what is allegedly EA's new Battlelog feature that will launch alongside Battlefield 3 this fall have surfaced. The four images come in a timely fashion with Activision unveiling the Call of Duty: Elite service to fans today as well.

Get All Map Packs with Call of Duty: Elite Premium

The Call of Duty: Elite Beta has begun. To celebrate, Activision has released another new trailer where it outlines the features of the new service.

Modern Warfare 3 will be more like Call of Duty 4

With the release of the latest NPD data, Sony continued its policy of keeping their PlayStation 3 sales figures internal, but the company did issue their monthly statement. In it, Patrick Seybold of Sony outlines that the console is seeing strong demand for exclusive PlayStation franchise titles.

The official sales figures have been released by NPD for the month of June, they show that Microsoft has taken control of the month once again with strong console sales tallying over 500k units during the month.

Minecraft for Xbox 360 Will Have Some Changes

Minecraft is heading to the Xbox 360 and when it does, there will be some changes made to the game to accommodate its new home. In a recent interview, the developer behind the Minecraft phenomenon explained some of the details behind the decision to expand the game onto consoles, and some of the changes that you can expect when play Minecraft on the Xbox 360.

Set in 2034 on the heels of the events of Metro 2033, Metro: Last Light picks up in the Moscow Metro. If you played through the bad ending of Metro 2033, Artyom delivers a crushing blow to the supernatural race known as the Dark Ones.

As the old addage goes you've got to spend money to make money. That spending is largely done in the marketing departments of games these days, and Battlefield 3 is no exception.

Naughty Dog has announced that they are extending the Uncharted 3 Beta until July 15th at 9:00 AM PDT. If you waited for the very last moment to get your Uncharted 3 multiplayer taste and thought you missed it, think again, you'll get to try it out for at least a day or so.

Activision is slated to send out the first wave of beta invitations for Call of Duty: Elite. Gamers who registered for the to try out the upcoming stat-tracking and community based system will be getting first crack at it today if selected by Activision.

At the outset of Ms. Splosion Man, the protagonist of the game’s predecessor, 'Splosion Man, is finally captured by the mad brains of Big Science.