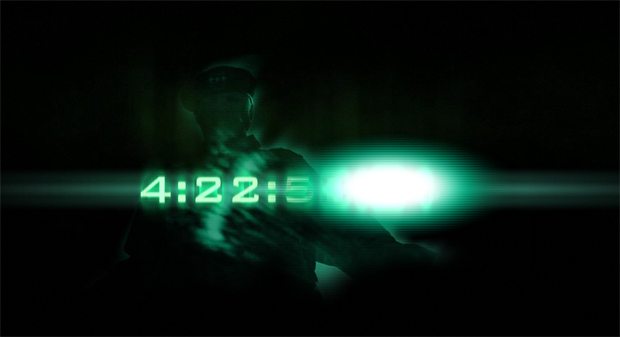 Huge news for Call of Duty Modern Warfare 3 fans, a new site has just launched that displays what can only be assumed to be a countdown to the reveal of the next game in the franchise. findmakarov.

My GamerCard was a website built and dedicated to the Xbox 360. It was a place where people could grab code to display their achievements anywhere on the web.

When Battlefield 3 launches this Fall, the game will hit store shelves with an in-box code to access four new maps. This four map pack will include four Battlefield Classics, known as the "Back to Karkland Content Pack".

Steam just released a new feature for Valve's game client. The Screenshot feature is fairly easy to use feature that can be accessed by simply pressing one button while playing any game on Steam.

The Gears of War 3 Multiplayer Beta Test will be held in "mid April" according to Microsoft. The company just recently confirmed the previously announced April timeframe.

These Elder Scrolls V Skyrim stills made their way to our inbox due to one of our readers and they appear to be a screencaps from the recent trailer that was revealed earlier today.

Microsoft has released the latest batch of screenshots for the Halo: Reach Defiant Map Pack. The DLC will cost 800 MSP and will include three new maps, arriving March 15th.

The upcoming Sony portable, the NGP, has gotten a new jolt of interest with the news of Unreal Engine 3 support. The award winning engine will come to the the portable for developers to use and has been turning heads.

Today marks the first day that we've gotten to see The Elder Scrolls V: Skyrim in action. Some of the sights and sounds of Skyrim have been revealed for the first time.

The table is set for a Fall battle between Battlefield 3 and Call of Duty Modern Warfare 3. Like it or not, there are huge rivalries in the video games industry.

Marvel Vs Capcom 3 Fails to Topple Catherine in Japan

Marvel Vs Capcom 3 released to critical praise last week, and in that week the game has done quite well. In Japan, it was beat out by the very strange game, Catherine.

When Crysis 2 releases next month you will be in for a treat if you are a campaign aficianado. The CEO of Crytek, Cevat Yerli, recently went on the record labeling the Crysis 2 campaign as "beefy".

Battlefield 3 is one of the most anticipated games of 2011 for first person shooter fans everywhere. As the we prepare for a storm of information coming out of the GDC, ready yourself by taking in the screenshots below.

The box art for LA Noire has been revealed. Ok, you know the drill.

Today Microsoft gave an official release date for the extremely anticipated Gears of War 3. September 20th, 2011 will be the day Gears of War 3 will launch worldwide exclusively for the Xbox 360.