Charizard Tera Raid Solo Guide: How to Beat Charizard By Yourself in Pokemon Scarlet and Violet 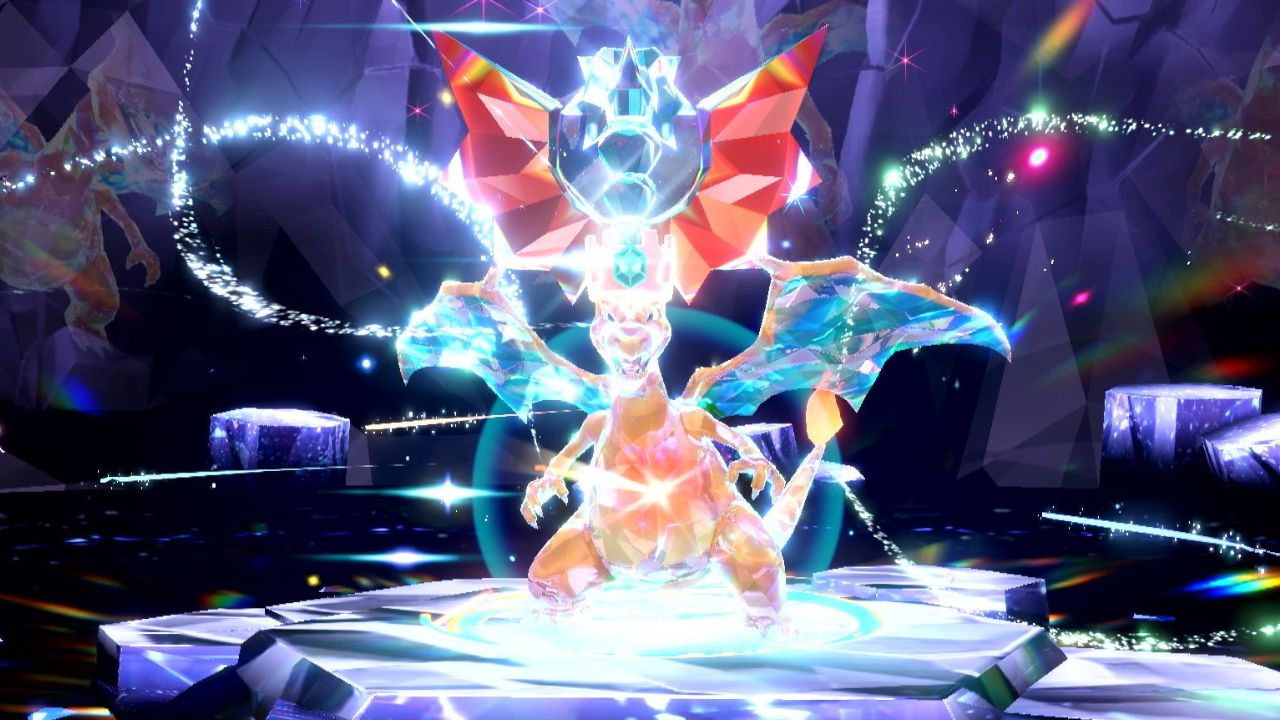 Charizard is now obtainable in Pokemon Scarlet and Violet in all-new 7-Star Tera Raids as Charizard the Unrivaled, a powered-up version of the classic Kanto starter with devastating Dragon-type attacks. This raid is intended to be beaten with a party of four trainers, but as Pokemon fans do, people have already discovered strategies to solo this beast. There are already plenty of overpowered Tera Raid Pokemon builds out there (shout out to Belly Drum Azumarill), but this Dragon-type Charizard requires some special strategies to defeat alone.

There are two ways to solo the Charizard Tera Raid in Pokemon Scarlet and Violet and each of them requires a specific Pokemon with a specific moveset. The first and easiest method is to use a Sylveon, but the Scarlet-exclusive Flutter Mane will also work if you have that version of the game. While both Pokemon require different EVs and movesets for this solo strategy, make sure either option you pick is Hyper Trained to maximize its IVs and fully leveled up to 100 using XP Candy.

The easiest way to solo the 7-Star Charizard the Unrivaled raid is to bring a Sylveon. You can catch a Sylveon out in the wild in its Terastallized form, but it’s easier to find and capture an Eevee and evolve it yourself. Once you have a Sylveon, use vitamins and feathers to maximize its Special Attack and Defense stats.

Next, give it a Misty Seed to hold. You can also use a Modest Mint to change its Nature to Modest, which increases its Special Attack even further at the cost of its physical Attack stat.

Sylveon should know these moves for the raid:

To start the battle, use Misty Terrain to activate Sylveon’s held Misty Seed and raise its Special Defense stat. Then, use Fake Tears to debuff the Charizard. From then on, just use Moonblast to deal damage and use Draining Kiss when Sylveon reaches roughly 100 HP to keep it alive. Terastallize your Sylveon whenever you have the chance. Once Terastallized, Draining Kiss should fully heal it. Rinse and repeat until Charizard goes down.

Flutter Mane is another great choice for solo players wanting to defeat Charizard the Unrivaled, but this Pokemon is only available in Scarlet and not Violet. For this strategy, give Flutter Mane a Covert Cloak to hold so it can’t get burned and maximize its Special Defense and Special Attack EVs using vitamins and feathers. Use a Modest Mint if you have one to change its Nature to Modest, boosting Special Attack and lowering Attack.

Flutter Mane should know these moves for the raid:

This strategy is very similar to Sylveon’s. Use Moonblast as your primary damaging tool and use Draining Kiss whenever Flutter Mane’s HP gets too low. Use Fake Tears and Calm Mind when you can to maintain buffs and debuffs, making the fight easier, and of course, Terastallize Flutter Mane whenever you get the chance. Rinse and repeat and Charizard will be defeated in no time.

More on Attack of the Fanboy :
Pokemon Scarlet and Violet

Attack of the Fanboy / GAME GUIDES / Charizard Tera Raid Solo Guide: How to Beat Charizard By Yourself in Pokemon Scarlet and Violet